With Fendt’s GuideConnect, a second tractor can follow your operator, performing the same operation.

Tractor electronics are increasingly being used to automate operations and processes, and automatic steering systems are a popular option. Co-operating and communicating systems are the next step.

Fendt’s intensive research has developed Fendt GuideConnect. In this system, two tractors are connected into one unit via satellite navigation and radio communication.

One of the two tractors is unmanned and performs the same working procedures as the manned vehicle. The guided, unmanned tractor follows the guiding tractor when performing the same operating procedure, during turning manoeuvres and when avoiding obstacles.

The GuideConnect system can meet the market demand for ever-larger working widths without penalties such as issues with road traffic regulations. It also permits highly flexible applications, and optimises efficiency as the tractors can be separated and used independently.

Wireless radio communication
To begin, operators use the Vario-Terminal to define which tractor will be the guiding tractor and set the following distance and side clearance between the two tractors.

The vehicles communicate through an encoded wireless connection which also offers Precise RTK-GPS satellite positioning. At the headland, the guided tractor waits until the guiding tractor has completed the turn, and follows its path accordingly.

Implements are automatically raised at the right position, then lowered into operating position after the turning manoeuvre. Where the manned tractor drives around an obstacle, the connected tractor repeats the manoeuvre. The operator can temporarily route the guided tractor along his own path.

Multi-level safety concept
Generally, the operator of the guiding tractor is responsible for both tractors, but the system is also equipped with a multi-level safety concept. The encoded wireless connection ensures that only the two defined tractors can communicate with each other, preventing confusion between two GuideConnect set-ups.

An emergency stop feature is immediately activated when satellite positioning is no longer possible, the wireless connection is interrupted or the distance between the tractors is too large or small. The guided tractor not only accepts commands, it also reports to the guiding tractor about problems such as a low fuel level or important information such as engine or ground speed.

At a later stage, as Fendt develops this technology, the guided tractor will receive more capabilities, such as an environment sensor system. 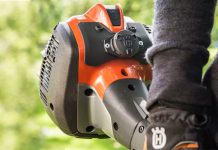 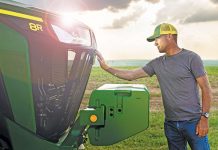 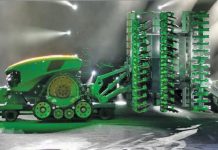