John Deere has built a larger Gator factory to cope with the demand for this tough all-terrain vehicle. Joe Spencer reports.

The all-terrain John Deere Gator was introduced in 1992 to replace the three- and five-wheel John Deere AMT launched in 1987.

The utility vehicles, which are available in four- and six-wheel configurations, can be used for many tasks, such as working on steep hillsides, delivering supplementary feed, collecting calves, and in fencing operations.

The US Army and US Marines have both adopted a version of the Gator known as the M-Gator.

Increased demand has seen the building of a 36 000m² Gator factory at the John Deere Horicon Works in Wisconsin, US.

At the opening of the facility, Horicon Works factory manager, Steve Johnson, said that each utility vehicle on the assembly line would be built “exactly the way the dealer wants it, ready for shipment worldwide”.

“It places everything under our control. We’ll be able to serve our dealers and customers better, improve the overall quality of the vehicles, and make operations more efficient,” he added.

XUV 560S4: This has room for up to four people, independent suspension all-round, and 4WD for excellent traction.

825i DOHC: This is the fastest, most powerful Gator yet, with John Deere claiming that it can attain a top speed of 70km/h, and tow 750kg. The vehicle’s large cargo box has 20 tie-down points to keep the load secure, and tips for easy unloading.

The machines deliver a clean level cut, whether side-discharging, mulching or collecting the cut grass. Mower decks are available in 1 220mm, 1 372mm and 1 524mm widths. 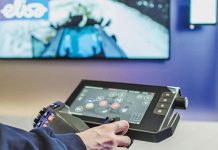