Fruit farmer Ian de Kock of Harmonie farm near Montagu in the Western Cape, says the use of fulvic and amino acids has improved crop health, yields and fruit quality while reducing the dependence on fertiliser.
Issue Date 16 March 2007

Growing mushrooms on a small scale for home use or commercial sale can be lucrative. However, Lloyd Phillips discovers why a good-quality mushroom crop can only come from spawn produced under stringent laboratory conditions.
Issue Date: 9 March 2007

Research conducted in Hopefield, Western Cape, aim to show that with an understanding of protea nutrition farmers could improve their protea yields while supporting biodiversity. Issue date: 23 February 2007

Contract growers could capitalise on katambora

Wine tourism – an answer to the wine industry’s woes?

The wine surplus across the globe is putting the livelihoods of wine ­farmers under pressure. While there are no easy answers, key role-players in the South African wine industry feel wine tourism has an important part to play in the survival and growth of the industry, and are urging local producers to embrace all they have to offer. Sonja Burger reports.

Stuart and Grant McMurray are reaping the rewards of essential oil production in Zululand, KZN, after identifying the need for a South African operation that could supply the growing international demand for the organic product.

Magwa Tea Estate in the Eastern Cape has long been regarded a political white ­elephant, mired in ­corruption and kept afloat by state subsidies. With an expected record yield and its land claim finally settled, Magwa now looks set to turn a corner and could become the springboard for expanded agricultural investment in the region. Stephan Hofstätter reports.

A productive retirement in colourful bloom

Lifelong Eastern Cape stock farmers Pam and Ivan Buchler left their farm near the small hamlet of Bolo almost two years ago to face retirement. As Mike Burgess learned, an idle life was never an option for the couple, who quickly established a vibrant flower business on 12ha of land on the outskirts of Stutterheim in the Eastern Cape. 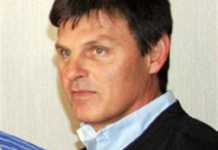 A healthy recovery in the maize price and a general improvement in the agricultural economic climate have contributed to services company Afgri's growth in the first half of its financial year. 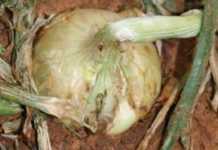 Getting to the root of healthy maize The management of soilborne plant diseases is one of the greatest challenges facing modern agriculture, as Lloyd Phillips discovered during an information day of the KwaZulu-Natal No-Till Club in Bergville.
1...343536Page 35 of 36
Trending