Pomona is the largest pomegranate producer in South Africa and one of the largest in the southern hemisphere. Jay Ferreira spoke to founding member and CEO Brent Geddes about the operation’s beginnings, challenges and future.

“Where we farm in the Swartland is ideal for pomegranates. They handle the heat well and we have plenty of water available.” So says Brent Geddes, CEO of Pomona, located between Wellington and Malmesbury in the Western Cape. Brent and his partners have taken full advantage of these conditions; in just five years, Pomona has grown from nothing to become the country’s largest pomegranate production hubs.

Pomona comprises 106ha of orchards. With 570 trees per hectare, spaced 5m by 3,5m, this adds up to over 60 000 trees.
The original concept for the farm came from Jorrie Mulder, who has a B.Tech Agric qualification from Cape Technikon and 15 years’ farming experience. He took a 30-year lease on a 22ha farm between Wellington and Malmesbury and imported pomegranate cuttings from Israel.

He realised, however, that he would need venture capital as there would be no cash flow for the first four years. Traditional funding from a bank was unavailable, so he approached Brent and Carnel Geddes, whom he knew from his student days. “We put together a financial model,” recalls Brent. “Then we did a full due diligence on the area and industry, and spoke to other pomegranate farmers about their experience of growing the fruit. A few weeks later we decided to go for it.”

Brent was previously a soft commodities trader and Carnel a chartered accountant. The three became founding members and executive directors of Pomona. There are also three non-executive directors. The first trees were planted in November 2008.

“When we did our due diligence, we looked at the business case and found it very compelling,” recalls Brent. “The world’s annual commercial pomegranate production is about 2,5 million tons, mostly in the Middle East and India. Fewer than 50 000t are grown in the southern hemisphere. “During our harvest months – late February to early May – the northern hemisphere is short of pomegranates, so prices on the Rotterdam fresh food market can go up by about 250% during this period.”

Unusual business model
He explains that Pomona employs a different business model to that traditionally used in farming. “Most commercial farmers prefer to own their land but we lease ours. Investors provided venture capital to establish the orchards and working capital to get production to the point of economic self-sufficiency.

“Instead of paying rent to landowners, we give them a share of the pre-tax profit once the venture capital and interest have been repaid. This also means the landowners are involved in the project, and want it to be successful. It enables owners to have access to a big project and reap rewards without any capital investment.”

Varieties grown
Older pomegranate varieties were less tasty and more difficult to eat, explains Brent. “We grow the varieties Herschkovitz and Wonderful. They have softer piths, larger arils and smaller seeds, and are juicier and easier to eat.”

Herschkovitz, which is more acidic, is harvested from the end of February to the end of March. Wonderful, a sweeter cultivar, is harvested a month later, from early April to early May. “Different markets prefer different tastes,” says Brent. “This works well for our planning and production cycles on the farm.”

Ideal conditions
Pomegranates, native to the Middle East, are adapted to a hot climate and well-drained but not too sandy soil. Although needing plenty of water in summer, they don’t like ‘wet feet’. This makes them well-suited to the conditions at Pomona.
“It’s only the wind that they don’t like and we’ll be planting windbreaks this year to protect the orchards,” says Brett.

Yield Potential
A small yield – up to 2t/ ha – is already possible in the second year after the trees are planted, but it takes up to seven years for the trees to reach full capacity of up to 30t/ ha. “Our oldest orchard yielded 11t/ha to 12t/ha and we produced about 400t this season,” adds Brent. “This will increase to between 2 500t and 3 000t as the current orchards reach full capacity in 2018.”

According to Brent, the quality this year was better than anticipated, given the young age of the trees and late wind experienced in the area. Approximately 45% of the fruit was export grade, 30% processing grade and the balance juicing grade. Export grade is expected to increase to 65% of the harvest as trees reach maturity.

Production
Fruit is harvested by hand and placed in 350kg bins. These go to the packhouse for 24 hours of cooling and the contents are then sorted and packed. Class 1 and Class 2 fruit are packed into 4kg cartons, processing grade fruit go into 15kg cartons and juicing grade fruit is sent to the juicers in 350kg bins. Packed fruit is checked to meet government specifications and then put into cold storage at 6°C to be shipped to the UK and Europe.

This year, the Middle East, Kenya, Mauritius and Singapore were included on the export destinations list, and Canada and Russia will be added next year. Brent explains that although pomegranate fruit may appear to be hardy they must be packed with care.

The crowns also have to be properly dried to prevent problems arising later with the quality of the fruit. After harvesting, trees are fertilised via drip fertigation. In winter they are drastically pruned.

Early spring means weed control, the spring fertiliser application and then active management of the plantations until harvest time. During the four months of the harvest season,

Pomona employs up to 120 workers, but this drops to just five after harvesting. Many contract workers are also hired throughout the year for pruning. “In two or three years, we’ll need about 250 people during the harvest season,” says Brent. There are also two farm managers, one of them being Jorrie.

Pests
According to Brent, a number of farmers in the area lost up to 25% of crop last year to false codling moth, white fly and fruit fly. Pomona, however, has very few problems with pests as it prides itself on using the best farming practices and follows a strict spraying programme. This year it will also use insect-eating bats as an environmentally friendly control method.

Markets
While Pomona exports mainly to Europe and the UK, countries such as China, Russia and even some African countries are becoming important export destinations. The main competition is from Peru and Chile, although these countries produce their pomegranates slightly later. “We hit the European market at the end of March, when South Africa is the only supplier of pomegranates to the northern hemisphere and prices are good,” explains Brent.

“The South American pomegranates hit the European markets a month later, so prices dip a little but are still higher than during the northern hemisphere production season. “We export about half our fruit through a South African exporter, but plan to export more ourselves as we learn the export business and grow our international client base. That said, we won’t limit ourselves to only exporting if there are other markets and clients to be reached, so we will always be on the lookout for exporters that can achieve the highest prices for our fruit.”

No specific or additional regulations exist for pomegranate growers exporting to the EU countries, as South Africa has long been a stone fruit and citrus exporter to these areas. The Pomegranate Growers’ Association of South Africa was formed in 2010 and has done good work to ensure that everything is in place for producers to get the GlobalGAP certification necessary for exporting fruit to the EU and other markets.

Pomona recently completed the Field to Fork audit – a further international accreditation of farming practices – that will open the door to many other clients.

Juice
Pomona’s fruit is currently juiced by a group in Wolseley, but Pomona plans to get involved in the juicing business within the next few years. About 700 000l of pomegranate juice is expected to be produced in South Africa in 2013. This could increase as more farmers start growing pomegranates. South Africa has approximately 800ha to 1 000ha under pomegranate orchards, most planted in the last three years, so production is increasing.

Into the future
Brent sees a bright future for South African-grown pomegranates, due to the high prices in the northern hemisphere during the South African season. In addition, the fruit is gaining in popularity due to its health benefits – it is claimed to be the fruit with the most antioxidants.

“I see the business as having four pillars,” says Brent. “Firstly, farming, which we would like to expand to a few hundred hectares in the next few years by partnering with farmers and the community. Secondly, packing – we’re looking to invest in this area to control the packing process, a crucial link in the chain of getting the fruit to market. Thirdly, the exporting arm – we plan to market our fruit even more actively to international buyers.

“Fourthly, we would like to establish downstream enterprises such as juicing and aril extraction because of the massive local and international demand for ready-to-eat arils.”

Community involvement
Brent says that as soon as Pomona reaches its full potential, it will donate 10% of its profit to the community to build schools or whatever is needed. “This is written into our shareholder agreement and is something we think is very important. “We’ve spoken to the Land Bank to see if it could help finance a piece of land for a local community, where we can teach people to grow the fruit and reap the rewards. This would help land transformation and our skills could be shared to make the land productive.”

Improving standards
As with any relatively new industry, there are challenges involved. These include problems surrounding the certification of fertilisers and crop protection chemicals, as well as regulatory issues concerning the standard of fruit for export. “As there are many small farmers with 2ha to 5ha of pomegranates, it’s important that we all comply with the same quality standards,” stresses Brent.

“A few years ago, people thought it was easy to grow pomegranates, but we’re starting to realise that this is a technically difficult fruit to grow if high standards are to be maintained. Farmers not meeting the grade are pulling out and only the committed ones are staying. This means the industry’s standards are improving every year.”

Getting the system working
According to Brent, commercial pomegranate farming in South Africa only really began in 2000. “We started to get it right in the last year or so,” he explains. “We need the right soil, fertiliser, climate, pruning, pesticide programmes – everything must be in place to be competitive. “Then there is the careful packing, maintaining the cold chain and getting the fruit to the destination market as quickly as possible.

“We simply have to get everything right every step of the way. “The business case is compelling but that is when farming practices, careful packing and efficient exporting aspects all come together. If we get this right, there is money to be made.”

This article was originally published in the 28 June 2013 issue of Farmers Weekly. 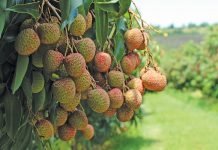 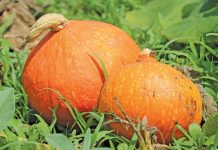 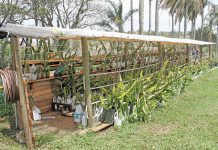