From an agricultural perspective, the 2015/2016 grain production season will probably force many farmers to take an in-depth look at their strategies.

In 2014 Minister Pravin Gordhan, the then-minister of cooperative governance put forward a ‘Back to Basics’ strategy to turn around the country’s municipalities.

His recent efforts in his capacity as Finance Minister to avoid a downgrade show he remains a strong believer in getting the basics right.

From an agricultural perspective, the 2015/2016 grain production season will probably force many farmers to take an in-depth look at their strategies – and perhaps take Gordhan’s ‘Back to Basics’ approach to heart when looking towards the next production season.

Climatologists have confirmed that El Niño, which resulted in dry conditions in southern Africa, has made way for La Niña, which should see rainfall patterns return closer to normal.

Domestic grain prices are linked to international markets and fluctuate between import and export parity. Due to the drought, grain traded around import parity. This might change in the next production season, with prices moving away from import parity.

In these turbulent times, basic aspects the average farmer should consider include:

If you have carry-over debt, avoid structuring it over a very long period. It could put your business in a tight spot if another unforeseen adverse event occurs. It’s important to find the balance between the term of restructured debt and free cash flow to pay your debt.

Finally, avoid ‘reading’ the futures market. Rather consider a balanced marketing plan that will protect your business from declining prices. 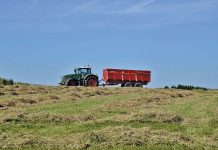 Budgeting basics: Every successful farm has one