Of the range of Brassica pests the diamond back moth (DBM) is the most prominent. This white moth derives its name from the dark, diamond-shaped markings on its back. Its caterpillar is about 1cm long, green and slightly tapered at both ends. It attacks the leaves near the growing tip, damaging the plant’s early development. Issue Date: 23 February 2007

Eating from behind the leaves, the moth leaves the thin upper epidermis intact causing “windows” on the leaves. This moth flourishes all year round. Inspect crops regularly as the moth eats the leaves of young plants. From a distance it isn’t noticeable and the outer leaves appear intact. A small amount of feeding on young, developing leaves could leave the plant with half its potential area when grown out.

Where there are large numbers of moths, use a soil-applied insecticide to protect the plant in its early vulnerable stages. It isn’t common to use a knapsack sprayer in larger operations, but could be a practical and economical way of spraying young plants. One worker can spray an average of 50 plants per minute. saves insecticide, and releases the tractor for another job. The saving on the insecticide should pay for the labour.

A number of registered insecticides can be used for this pest. effectiveness of a product may vary from area to area, depending on the period of use and the resistance build-up in that area. pest is particularly troublesome in hot, dry, windy weather where mineral deposits from overhead irrigation accumulate on the leaf surface to neutralise the insecticide even though tank water has been buffered. In this case, night irrigation will reduce this mineral build-up. When spraying, make sure the undersides of the leaves are wet too as they are generally free of deposits.

Some parasitic wasp species are very effective in controlling DBM larvae. Sometimes there will be little, white, wasp cocoons on the underside of leaves, so use “softer” products to allow their numbers to increase. Bacillus thuriengiensis sprays can be used to suppress the caterpillars while the wasps increase. he caterpillar larvae are allergic to a protein in the bacteria, and the gene that produces this protein is inserted into some crops, including brassicas, to prevent spraying. he lobby against GM lobby resists the wider use of this technique to prevent spraying. – Bill Kerr Contact Bill Kerr on (016) 366 0616 or e-mail [email protected]. |FW 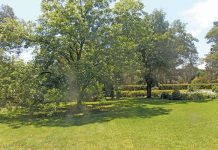 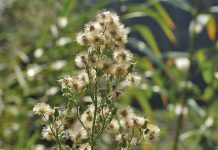