Fasciolosis, also known as liver fluke, occurs throughout South Africa, can cause many problems in cattle.

The liver is a crucial organ for general health, vitality, production and reproduction.

The many functions of a liver include:

Fasciolosis (liver fluke) is a major parasitic disease worldwide, including in South Africa. Liver flukes belong to the Trematoda, a class of oval or worm-like internal parasites of molluscs and vertebrates.

The two species of the greatest veterinary importance are the common liver fluke (Fasciola hepatica) and the giant liver fluke (F. gigantica).

The most common intermediate hosts are the amphibious snails Lymnaea trunculata (for F. hepatica), L. natalenis (for F. gigantica), and L. columella (for both F. hepatica and F. gigantica).

Lifecycle
Snails thrive wherever there is clear water or mud, such as the edges of streams, ponds, rivers and vleis, or man-made depressions (tractor tracks, for example) filled with water.

The life cycle is complex, with several stages of growth on pastures and inside the bodies of cattle. Both flukes and snails are most active during warmer months. When the average daily 1temperature drops below 10°C, the fluke eggs stop hatching and larval fluke development in snails slows down.

In colder areas, the liver fluke’s life cycle comes to a halt in winter. In warmer areas with milder temperatures, its life cycle can continue throughout the year, as can fluke infection.

Lower weight gain
Studies have found that F. hepatica infection can reduce live weight gain in cattle by between 0,07kg/ week and 1,2kg/week, depending on the severity of the infection. A heavy infestation of 200 flukes in a calf can reduce weight gain by up to 28,5%.

In an animal with a lower fluke burden, the clinical effect may be minimal. Loss of productivity may be difficult to determine, or to distinguish from other causes such as nutritional deficiency. A reduced growth rate could affect the general development of the calf, leading to a lower weaning weight.

Milk loss
Milk loss due to liver fluke infection can be as high as 1kg/ day. Over a 300-day lactation period, this means a loss in milk production of up to 300ℓ/cow. A high fluke infestation rate also suppresses the milk butterfat concentration, reducing overall milk quality.

Liver condemnation
The liver condemnation rate at abattoir meat inspections worldwide depends on the season, but is reported to be as low as 0,26%. In areas where it is more common, the average rate after a dry summer is 5% and after a wet summer as high as 10% to 20%. 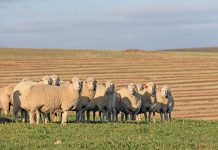 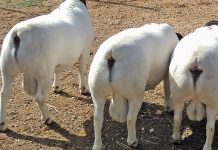