Tetanus is caused by the Clostridium tetani bacterium, and infection generally occurs through wound contamination. A donkey with tetanus has severe spasms, which eventually paralyse the respiratory system and cause death within days. A foal can be vaccinated any time after weaning, but the vaccination must be repeated after a month. An unvaccinated donkey that suffers a deep wound or has been castrated can be vaccinated, but antibiotics will be necessary to help prevent tetanus.

They are also susceptible to equine influenza and should be vaccinated if there is an outbreak of the disease. If run with horses, for example in a stud or at a riding school, donkeys should be vaccinated annually. Another bacterial disease, strangles, causes a ‘snotty nose’ and can result in pneumonia, especially in foals. It can be treated with antibiotics similar to those used in horses. Bridles, halters and bits should also be disinfected, as strangles is easily transmitted between animals.

Dourine, a notifiable disease
Donkeys are susceptible to dourine, a protozoal disease transmitted during mating. It causes a gradual loss of condition, resulting in paralysis. The genitalia become swollen, and 2cm to 4cm diameter circular swellings or ulcers appear on the body. This notifiable disease must be reported to the state veterinarian. Donkeys can also die of biliary caused by either Babesia or Theileria equi. Symptoms include anaemia and loss of appetite, and treatment is similar to that used for horses.

Sometimes, donkeys suffer from colic, commonly caused by ingesting plastic bags on overgrazed pasture. Adequate feeding with sufficient hay will prevent this. Treatment is similar to that for horses, but vets should familiarise themselves with effective medication and dosages. Intestinal parasites are the main cause of thinness or weakness in donkeys.

Skin diseases are usually caused by ticks, mange or ringworm, while foot diseases result from foot rot, laminitis, or hooves wearing down on tar roads. Mineral deficiencies can cause overgrown hooves. Wounds, including harness sores, occur frequently, but respond well to daily cleaning with salt water. Use antibiotics in case of infection. 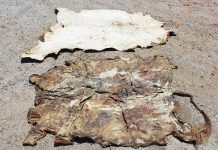 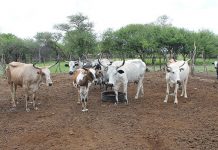 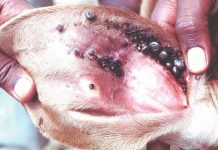