Africa’s agricultural potential can only be realised if smallholders gain access to finance. But loans cannot be focused on just one aspect of the value chain at the expense of others. Antois van der Westhuizen, managing director of John Deere Financial, suggests ways to design integrated financing models for smallholders. 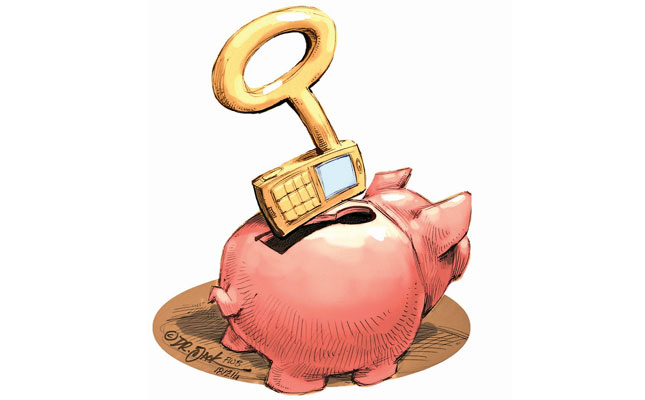 Access to adequate financing is often identified as one of the key inhibitors to achieving long-term sustainability for Africa’s agricultural practitioners, particularly smallholder and subsistence-level farmers.

These people typically resort to borrowing from community members or pooling resources to make ends meet.

There is a real need to unlock financing for smallholder farmers to give them access to mechanisation and other technologies, but it is little use helping them buy tractors when they don’t have money to buy seed and fertiliser.

Beyond conventional financing
Failure to provide integrated financing models is partly why the traditional reliance on grant funding from government sources or NGOs has not succeeded in creating real agricultural productivity gains on the continent. It has simply been too limited in scope.

Relying on commercial banks to solve the problem also has its limitations, as their regulatory and fiduciary duties require them to adopt a risk mitigation strategy. This, by its very nature, limits the potential scope of clients to larger organisations with established track records.

While this makes sound commercial sense, it does not necessarily achieve the broader policy objectives of developing agriculture for food security, job creation and community welfare reasons.

How cell phones can help
South Africa is home to about 32 000 commercial farmers, of whom between 5 000 and 7 000 are responsible for producing roughly 80% of the country’s agricultural output.

By contrast, on the rest of the continent, smallholder farmers account for between 70% and 80% of agricultural output, which is often insufficient to meet their countries’ nutritional requirements.

This results in countries having to import food from abroad, often from heavily subsidised markets such as the EU, making it difficult for domestic farmers to compete on price.

READ The digital sharing economy: a cheaper way to mechanise

As a result of this, Africa, which is home to about 60% of the world’s available arable land, is still regarded as a food-insecure continent.

This is partly due to lack of access to mechanised solutions, such as irrigation equipment, which means that as much as 90% of the smallholder farmers on the continent still rely on rain to water their crops.

The integration of digital technology into agriculture represents a major opportunity for Africa. The emergence of the cell phone as a popular communication tool, coupled with Internet-based solutions, could significantly boost access to financing for agricultural inputs across the value chain.

According to John Deere Financial’s estimates, Africans operate about 122 million electronic banking accounts, and these are hosted mainly by cell phone operators or home-grown payment and transfer solutions such as Kenya’s M-Pesa.

The electronic payment and receipt records of these accounts can be leveraged to harvest valuable client information, which can then be used to create more accurate risk profiles of smallholder farmers by analysing their cash flow management, repayment histories and spending habits.

The more accurate a picture that can be formed of borrowers, the more precisely their risk can be priced, which boosts the likelihood of credit providers being willing to lend money to them.

A lender can even use farmers’ expenditure on inputs such as fertiliser to estimate their crops’ approximate yield based on the size and quality of the land on which the fertiliser was used, and which crops are grown.

Guarantee schemes, such as those provided by the US Agency for International Development (USAID), can further incentivise commercial lenders to provide financing to smallholder farmers.

A joint project of USAID and Ghana’s Feed the Future programme helped improve the livelihoods of 113 000 smallholder farmers by boosting the productivity of rice, maize and soya bean cultivation, thanks to the provision of such guarantees.

John Deere participated in a project in Tanzania, where it helped smallholder barley farmers boost their output from 0,5t/ha to 3t/ha using mechanisation, and better-quality seed and fertiliser.

The enormous potential to boost Africa’s agricultural output is underscored by the fact that most smallholder farmers on the continent have the capacity to farm only about 10% of the land available to them at any time due to a reliance on hand-hoeing and rainfall.

A holistic approach
In short, integrated financing means looking at the entire supply-chain financing arrangement, from the seed and fertiliser right up to the tractor. One cannot simply sell a farmer a tractor and expect that alone to improve his or her yield.

The farmer needs to be sold an ecosystem, not just a machine; only this will enable that farmer to become a businessperson.

John Deere has adopted this integrated approach through the S.M.A.R.T. programme: Solutions for small farmers, Mechanising for yield, Access to finance, Reliability for lower costs, and Technology and education.

The company is also exploring ways to better use technology to enable smallholder farmers to hire tractors on a short-term basis. By utilising telematics and the Internet of Things, owners of the asset can then monitor its use through a small tracking device installed in the vehicle.

This data is uploaded to the cloud for further analysis by financiers, insurance providers and other stakeholders.

By thinking laterally and utilising better information through the power of technology, we can build financing models that price risk more competitively, resulting in better repayment terms for the borrower.

As we improve our risk pricing models and adapt them to the unique circumstances of Africa, lenders will hopefully be encouraged to provide loans, in turn boosting access to financing for inputs across the entire agricultural value chain.