Home » Opinion » By Invitation » South Africa, wake up and smell the water! 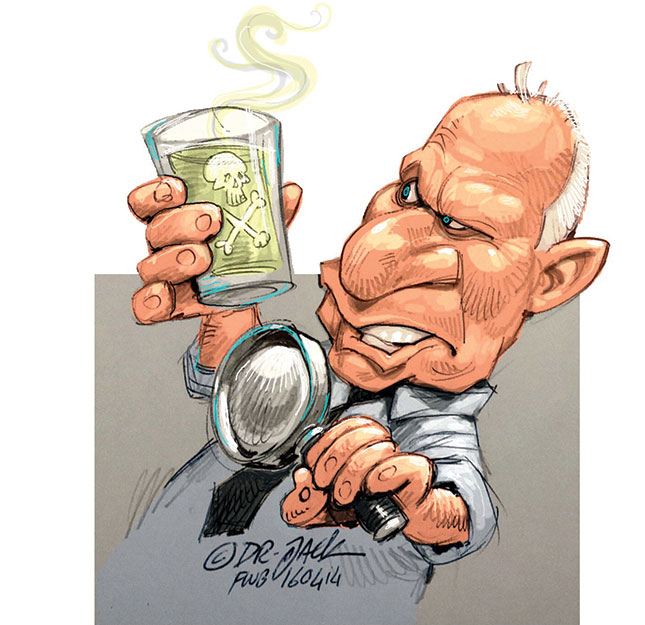 Facts are facts, and we definitely have a water crisis in our country. Nobody can say otherwise. I am firmly of the view that the South African water sector is entering the early phase of what I term a ‘perfect storm’. This is being driven by the convergence of at least five significant factors over which no individual has any direct control.

The first is that the country is transitioning to a fundamentally water- constrained economy. The second is the deterioration of water data management systems in our country. The third is the infrastructural collapse of South Africa’s sewage management plants. The fourth is the overloading of our country’s potable water plants. And the fifth is the impact of the El Niño phenomenon.

South Africa’s current technologies allow access to 38 billion cubic metres of freshwater a year from surface water, some groundwater and some recycling resources. This figure assumes that all of the country’s water storage dams have full capacity and are not silted up to some extent. And we know that many of these dams are carrying significant silt loads.

Swiftly growing demand
South Africa’s freshwater demand is
growing rapidly. Between 2030 and 2035, this demand will be for 62 billion to 63 billion cubic metres, well above the current supply produced by using existing technologies. By then, these methods would have sucked dry every drop of our country’s freshwater, including all rivers (with associated disastrous environmental effects) and boreholes.

Government is already negotiating with Zimbabwe for access to the Zambezi River.

I find this interesting as Zimbabwe is only one of a number of countries in the Zambezi River basin, and does not have the right to give away water it does not own. Even more importantly, the Zambezi River’s renowned Victoria Falls is usually about 1,6km wide; it is now only about 50m wide due to Southern Africa’s prevailing drought. It is thus unlikely that the Zambezi will be able to meet our additional water needs any time soon.

One of the options is to develop new freshwater storage and treatment technologies to increase our national water supply. Unfortunately, government has not prioritised this issue, and there has been no investment in this regard. This means that our national economy is becoming increasingly vulnerable to the shocks of a reduced assurance of freshwater supply.

New freshwater sources must be found, and we have to radically change the manner in which we deal with the country’s freshwater challenges. For example, the current National Water Resource Strategy seeks to double the area of irrigated agricultural land.

The plan is for this to be achieved by improving water-use efficiency elsewhere. This ambitious ideological goal is based on deeply flawed assumptions. It is alchemy, not science. It is impossible to achieve but creates dangerous aspirations.

If it can’t be measured, it can’t be managed
The extent of the collapse of our freshwater data management systems can be seen from a graph at the Water Research Commission which showed that while the number of government-managed rainfall gauging stations peaked at over 2 000 in the 1970s, it had dropped to about 1 100 in 1990.

Moreover, South Africa now has as much capacity to measure and record streamflow data as it had in the 1960s. Effectively, no progress has been made, and we are increasingly flying blind. This clearly increases the risk to the country’s economy.
Ironically, our most reliable sources of rainfall and streamflow data today are commercial farmers – the same people whom government seems determined to get off the land.

We live in an age of digital technology; the Internet of Things is upon us. Private companies and the general public will simply use this technology to record temperatures and rainfall, and then submit this diverse information to various places or platforms where scientists and other interested parties can analyse it.

Wastewater
Currently, South Africa has 824 wastewater treatment works (WWTW), all state-owned and at mostly local municipal level. Daily, these collectively treat 5 128Ml of sewage. Even during times of normal rainfall, these are unable to effectively process this volume. In fact, South Africa’s sewerage systems can treat only 836Ml/day to safe discharge standards.

This means that, at best, the remaining sewage of 4 292Ml/day is partially treated; at worst, completely untreated sewage is released back into our freshwater bodies. Under conditions of drought-induced low freshwater flow, this sewage puts immense environmental stresses on our dams, rivers and other aquatic ecosystems.

Untreated sewage contains a range of potentially pathogenic bacteria and viruses, as well as great concentrations of partially metabolised antibiotics and antiretroviral drugs. I cannot overemphasise the seriousness of this problem to the health of the people, animals and natural environment of our country.

The exact extent of this risk, however, remains unquantified. At municipal level, the state is the single-biggest polluter of freshwater in the country.

Potable water
South Africa has 1 085 potable water treatment plants (PWTPs), all run by state-owned entities, to provide clean drinking water to its citizens. A total of 250 PWTPs are dysfunctional or in poor operational condition. None of our PWTPs are designed, or equipped, to transform effluent into potable water.

Yet the freshwater resources that these PWTPs are extracting their raw water from carry increasing loads of partially or untreated sewage and other toxic or pathogenic components. This means that the likelihood of these toxins and pathogens reaching us through our supposedly potable water supply is also increasing.

Food that has been irrigated or washed with ineffectively treated raw water can spread toxins and pathogens to consumers and to farmworkers.

Amongst the most dangerous of these toxins are the microcystins produced by the cyanobacteria. More commonly known as blue-green algae, they thrive in sewage-polluted waters, and are chemically similar to rinkhals venom. In 1984, the Council for Scientific and Industrial Research (CSIR) first described the biochemistry of microcystins found in South Africa.

Since then, no further significant research has been conducted into microcystins’ effects on human health. This is particularly worrying, as, amongst their many health risks, microcystins can cause fatal damage to the liver. Also, when stressed, cyanobacteria release microcystins.

Treating water containing blue-green algae with chemicals such as chlorine is therefore counter-productive, as it merely distresses the cyanobacteria, resulting in the release of more microcystins.

Cyanobacteria are increasingly found in South Africa’s freshwater resources, including the Hartbeespoort and Roodeplaat dams. The CSIR has found that 75% of our main water storage dams contain varying concentrations of cyanobacteria, with some water sources containing between 10 000mg and 18 000mg of microcystins in one litre of water. However, government denies this, claiming that only 5% of our dams are contaminated.

To put the CSIR’s astounding figures in perspective, consider Finland and the US. The Finnish government becomes particularly concerned if it discovers 10mg of microcystins in one litre of its water. Similarly, the US government becomes agitated if it finds 60mg/l. This means that some of South Africa’s water storage dams contain at least 300% more microcystins than the average accepted in these countries.

Despite this dire threat to our freshwater, the CSIR is unable to get funding from the state to conduct an extensive and ongoing nationwide survey of all our water resources in order to obtain an accurate picture of the problem.

Fortunately, a water dipstick test for home- use is now available at retailers. This reveals the concentration of microcystins in a sample of potable water to an accuracy of half a part per billion. This test provides the public directly with information on the quality of our freshwater resources, and challenges the state’s monopoly on this crucial information.

South Africa’s future rainfall patterns
Historical data shows that since 1950, extremely dry El Niño-related conditions, such as the one causing the current drought, have been increasing in number and severity. At the same time, the La Niña climate phenomenon, which results in wetter conditions in the southern hemisphere, are becoming fewer and weaker.

Records show that from 1950 to 1980 there were many more average and above-average rainfall years than below-average rainfall years. Since 1980, this situation has reversed dramatically. To mitigate the inevitable effects of climate change, South Africa must begin taking necessary action.

Light at the end of the tunnel – at last
Professor Kader Asmal was minister of water affairs from 1995 to 1999. The current minister of the portfolio, Nomvula Mokonyane, (appointed in 2014) is the first minister since Asmal to actively implement evidence-based policy reforms to guide future decisions on the country’s water and sanitation challenges.

Minister Mokonyane is fully appreciative of these challenges, particularly at a municipal level, and is single-handedly driving the transformation from the outdated Department of Water Affairs to the Department of Water Affairs and Sanitation. She is earnestly trying to bring control to the country’s sanitation problems, and the public should strongly support her in this.

The current state of our fresh water, and future threats to it, require the immediate employment of technologies and initiatives to safeguard our socio-economic future. Privatising PWTPs and WWTWs, implementing uninterrupted water supply systems capable of removing bacteria and toxins, and investing in technologies capable of recycling wastewater into potable water, are some solutions.

By 2030, South Africa will need to generate 24 billion cubic metres of potable water a year from wastewater. – Lloyd Phillips