While farmers in the Western Cape’s Witzenberg district initially started Witzenberg PALS to boost black farm ownership in the region, the company is now also involved in transformation in other parts of the value chain. Company CEO, Lennox Plaatjies, spoke to Glenneis Kriel.

When and why was Witzenberg PALS initiated?
Following the moratorium on equity share schemes in 2009, commercial producers in the Witzenberg district and their legal services provider realised they had to take the lead if they wanted to see successful land reform in their region.

READ We all want land reform. Let’s make it work!

They then developed the PALS framework, based on National Development Plan (NDP) principles and lessons learnt from previous unsuccessful models.

The formal initiative was launched in August 2014 from engagements between commercial producers and emerging farmers, in partnership with the Witzenberg Municipality and the local community. Further consultations followed with relevant government ministers early in 2015.

The PALS non-profit company was established in May 2015 to implement innovative and sustainable land reform projects, grow the economy and create much-needed jobs and social harmony among people of the Witzenberg district.

How has the role of PALS changed since then?
Where the initial focus was on black land ownership, it now includes other opportunities for black entrepreneurs in agricultural value chains, such as packhouses, cold storage and marketing.

The initiative has also expanded to other regions, with projects registered in Piketberg, Porterville, Robertson and Riviersonderend, and interest has been generated for projects in other provinces, such as Mpumalanga, Limpopo and the Eastern Cape.

How does the company contribute to land reform?
The Witzenberg PALS Centre in Ceres serves as the platform from where all the PALS projects are implemented and co-ordinated. Support functions include negotiations with government and financial institutions, as well as training and mentorship programmes.

How many commercial farmers are involved?
More than 100 farming businesses are members of PALS, either directly or through packhouses.

The irony is that farmers are prepared to invest more, should government grant the necessary enablers.

What enablers?
In its initial presentations to government in 2015, PALS listed the following enablers: the subdivision of land to create new agricultural units; the issuing of water permits to expand water-storage capacity; capital gains tax exemptions; approval of expansions of the electricity network and the deposit of ‘green power’ into the existing network; and BEE recognition.

Tax exemptions for donations are already in place and suggestions regarding capital gains tax will be addressed in a new tax bill, expected to be tabled in 2018. Six PALS projects have received new water permits over the past three years, but we believe approval of permits still takes too long.

How many projects has PALS been involved in to date?
PALS has more than 100 listed projects, ranging from land reform and value chains to socio-development projects.

To date, 11 projects have been implemented that entailed the transfer of ownership to co-owned PALS companies; 13 are in the process of being implemented, which should take six to 12 months; and an additional 16 are under discussion.

The balance of the projects will be implemented when government gives recognition to participating producers, as provided for in the NDP.

How are your projects different from traditional equity share schemes?
PALS projects focus on establishing successful individual black farmers instead of working with unmanageable large groups of beneficiaries.

The participating commercial farmer donates a minimum of 30% of shares in a new project to a beneficiary farmer.

This gives the black farmer a veto over all major decisions taken on behalf of the company.

The black farmer however, has the option from day one to obtain the majority or 100% shareholding, which was not the case in Land Redistribution for Agricultural Development (LRAD) programmes.

Larger employee groups may benefit from profit-sharing through a Personnel Trust, which provides dividends to be spent on community projects chosen by the workers themselves.

All PALS projects include compulsory mentorship and training programmes, which are monitored by the PALS Centre.

Witzenberg PALS has been accused of fronting for commercial farmers wanting access to water and BEE points. What is your response to these accusations?
Firstly, PALS projects are mostly implemented on land acquired, financed or donated by the commercial farmer, who therefore has a lot to lose if a project fails.

Secondly, people who understand the PALS framework would know ‘fronting’ is impossible.

We do, however, recognise the levels of mistrust that emanate from past relations in the agriculture sector between land owners and those working the land.

It was precisely for this reason that the PALS initiative indicated from inception that any new water rights in a PALS project would be allocated to the new farming business or PALS company, wherein the black shareholder has a right to veto.

This derives from the Companies Act and is a result of the black shareholder’s 30% or more shareholding.

The black farmers can be further protected by a special notarial registration that makes provision for the fact that any new water rights may only be used for the development of black-owned agricultural businesses.

What’s the most important lesson you have learnt so far?
In spite of the various challenges experienced over the past three years, the private sector has to continue setting the pace for meaningful and economically sustainable transformation. It simply is the right thing to do.

Government needs to realise it cannot solve the challenges associated with land reform and socio-economic transformation on its own. It needs to form meaningful partnerships with private initiatives, such as PALS. 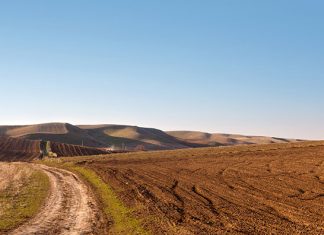 February 26, 2020
Despite the announcement of real spending cuts during the tabling of the 2020 Budget by Finance Minister Tito Mboweni in Parliament on Wednesday, South Africa was not “in an austerity...