She was a keynote speaker at the 38th SASEV/Winetech conference held in Somerset West recently.

Currently SA wine goes to the EU and the UK under the Trade, Development and Cooperation Agreement (TDCA), but from 1 October, the SADEC EPA will come into force.

The EPA will allow SA to export 110 million litres of wine tax-free to Europe – up from the current annual duty-free quota of 48 million litres. Certain Geographical Indicators, such as wine names including Stellenbosch and Paarl, are also recognised by the EU.

Hartzenberg warned that if the SADC EPA was not implemented by 1 October, “there will be a disturbance in terms of trade relationships. The UK is still part of the EU until it activates Article 50 of the Lisbon Treaty and EU laws would still apply to the UK.” It was therefore crucial that the new economic partnership was implemented as soon as possible.

Hartzenberg added that the UK viewed its relationship with Africa, particularly SA, as very important, but that SA’s relationship with the UK was currently defined by the EU. When the EU negotiates trade arrangements with third parties, such as SA, these are not conducted by the member state/s, but by the EU Commission, she said.

“The UK currently finds itself in a quandary. They simply do not have trade negotiators and face the daunting task of revising their relationships with all their trading partners in the World Trade Organisation and other relationships such as [with] SA as part of the Southern African Customs Union.”

Hartzenberg advised that South Africa, who along with Botswana, Lesotho, Namibia, and Swaziland belong to the union would have to negotiate as a group with the UK for a new dispensation. 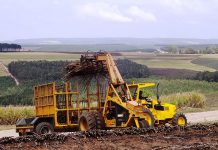