Dr Elsje Pieterse of the Department of Animal Sciences at Stellenbosch University offers some advice on good feeding practices. 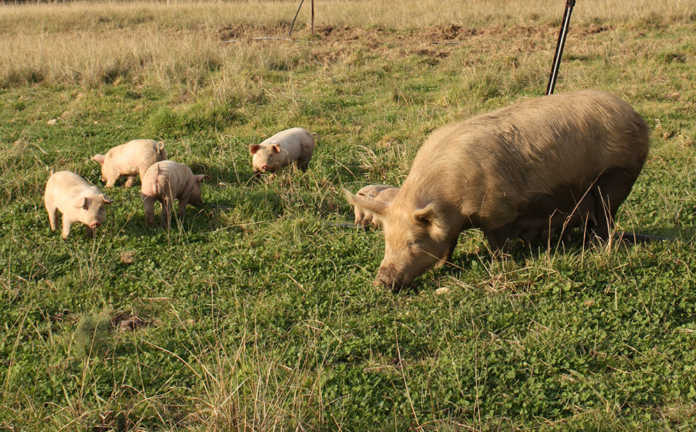 1. A phased feeding strategy suits pig production: The nutrient composition is adapted according to the needs of the animal as well as its capacity to eat a sufficient volume.

READ Understanding the role of the boar in breeding

2. Feed milk at birth: After about two weeks, give the piglets a good quality palatable creep feed containing cooked starches and milk protein. The starch and milk should be gradually replaced by maize and soya, which will be their main source of food until slaughter.

3. Premixes are important, as they’re designed according to sound scientific research to provide a pig with its vitamins and minerals at the different production phases of its life. Supplements could also include immune boosters and medication.

4. A pregnant sow needs a diet that will satisfy her higher nutritional demand, without making her too fat, which can lead to complications during farrowing.

5. After mating, nutrient intake should be restricted to prevent early foetus loss. After implantation has occurred, the sow should be fed according to her condition. Thus, a thin sow will receive slightly more feed and a fat sow slightly less in order to farrow at prescribed back fat thickness.

6. The sow normally won’t eat on the day she farrows. Afterwards a step-up programme should be followed to accommodate her higher nutritional needs if she’s to produce milk for the piglets. 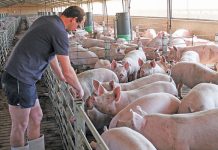 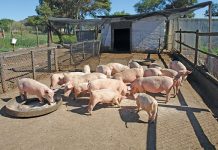 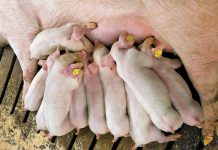 Caring for the sow and piglets at farrowing