AB InBev is currently seeking regulatory approval around the world for the US$108 billion merger between the Belgium-based brewer and SABMiller to create the world’s largest brewer.

South Africa was one of the countries AB InBev needed regulatory approval from.

“Approval from the SARB represents an important milestone in the process of securing regulatory clearance for the transaction in South Africa,” AB InBev said in a statement.

AB InBev, based in Leuven, Belgium, agreed to create a US$69 million fund to support the South African beer sector and protect jobs in the country. It is also selling stakes in joint ventures SAB holds in the US and China. The company has also agreed to retain a secondary listing on the Johannesburg Stock Exchange and locate its Africa office to the city.

In Europe, the company won support from the European Union after agreeing to offload SABMiller brands including Peroni and Grolsch, Bloomberg reported.

“Following on from the European Commission’s approval of its recommended combination with SABMiller, AB InBev believes it is well on track to secure the necessary regulatory approvals that will allow for closing in the second half of 2016,” the statement said. 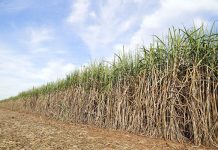