There has been a slight uptick in trade on the African continent as some restrictions on the movement of food products have been lifted.

This was according to Dr Sifiso Ntombela, senior agricultural economist at the National Agricultural Marketing Council, who added that this trend was likely to increase as African countries seek to improve the levels of their food stocks.

However, he said restrictions on imports of key commodities such as rice, wheat and poultry could become a problem going forward.

“Countries such as South Africa and other [Southern African Customs Union (SACU)] members, which depend 100% on imported rice could find themselves in a situation of high domestic prices for these products.”

Ntombela said the coronavirus disease (COVID-19) pandemic, however, had the potential to increase regional trade, particularly in processed products.

“This potential increase in processed products will likely exist beyond the pandemic, which suggest that countries that invest in agro-processing technology and infrastructure will benefit significantly in the medium- to long-term.”

In addition, he said the most serious barriers to regional trade were non-tariff measures such as poor trade facilitation and logistics, which cause delays at borders.

He said any current slowdown in trade could be attributed to additional measures being implemented along the value chain, such as staff being tested to ensure that they were disease-free.

Kapuya explained that the pandemic was having a differential effect, with some countries being affected to a greater degree than others, and some governments applying stricter guidelines than others.

“The expectation, however, is that the economic slowdown in these countries will weaken demand for imported products. Moreover, we have seen devaluation/weakening of currencies, which is going to drive up the cost of imported food over the coming months.”

He added that this would exacerbate weak demand, which may reduce intra-regional trade.

“The potential for enhanced intra-regional trade lies in progressive government regulation. If [greater] priority is given to food inflows amid the crisis, and trucks take less time at the border, then there is a chance that the negative impact of COVID-19 on trade might be mitigated.”

Kapuya said the slowdown in exports due to an expected weak regional and global demand for products, may also result in farmers and packhouses hiring fewer seasonal labourers in the medium term.

“On the flipside, imports of chicken will likely fall in the future, and this could potentially allow the poultry industry to embark on import substitution.” 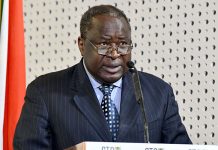 Mboweni heeds industry calls to save the Land Bank 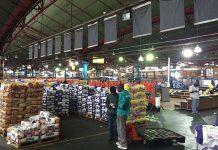