According to Dairy Reporter, the retailer will use a new ‘Fair for Farmers Guarantee’ label to inform customers that its fresh standard milk is sourced only from British farmers, producer compensation is fair, and treatment of cows complies with welfare standards.

“We hope that it can be used on product packaging in the future because we’re concerned about imported products that are packaged [under SA brand names],” Coetzee said.

According to Tesco, milk suppliers would be paid a standard price above the cost of production, even if the consumer price dropped.

Coetzee said that South Africa had successful examples of cooperation between farmers and retailers, such as Ayrshire milk supplied to Woolworths.

“As they produce a niche product, Ayrshire producers get a higher price than other farmers,” he said. 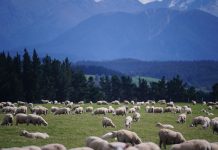