Russia has announced that the country’s agricultural ministry will proactively vaccinate its mink population against COVID-19 after several European countries as well as the US identified cases of the virus that carry the disease in the animals.

This was according to Ivan Nesterov, acting head of the state fur company, Russian Sable.

In an interview with the Zvezda television station, he explained that authorities were testing a vaccine and planned to vaccinate the mink population once the process was finalised.

He said the measure was a precautionary one, and that Russia had not detected the virus in Russian minks.

In Poland, scientists had also identified the first cases of COVID-19 in mink on a farm in the north of the country, according to a statement by the Medical University of Gdansk.

The country started testing its farmed mink for coronavirus following the announcement that a mutated form of the virus was found in farmed mink in Denmark.

After the Danish government announced plans to cull all 17 million farmed mink in the country to prevent the spread of the virus, the process had to be halted when legal action was instituted against the move.

Danish health authorities were initially concerned that a mutated version of the SARS-CoV-2 virus could spread from the mink to humans and render COVID-19 vaccines less effective, according to reports by Live Science.

The State Serum Institute, the Danish government’s public health and infectious disease arm, reported that evidence was found that the mutated virus in mink was transmitted to humans, but did not find sufficient evidence to prove that the virus would change in ways that would render vaccines ineffective.

Legislators and law experts had since argued that the Danish government could not legally order the mass killing, noting that many farmers earned their livelihoods from mink farming.

The European Centre for Disease Prevention and Control reported that the mutation “may have implications for immunity, reinfections and the effectiveness of COVID-19 vaccines,” but that “there is currently a high level of uncertainty over this”.

The Danish government has since withdrawn its order, and was now only “recommending” that farmers cull all mink, according to an email sent to breeders.

Meanwhile, in Ireland, chief medical officer, Dr Tony Holohan, wrote to Agriculture Minister Charlie McConalogue recommending that all mink in Ireland be culled in coming weeks as a precautionary measure.

France had also ordered the culling of 1 000 mink after laboratory analyses detected a mutated version of the novel coronavirus on one farm, the French government said in a statement published on the website of the Ministry of Agriculture. 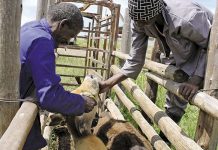 COVID-19 fears cause rush on ivermectin 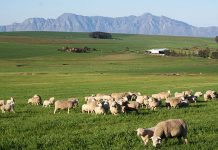