Biting flies are not only a nuisance, but can also transmit diseases and deliver painful bites, says Dr Mac.

Most people know that flies bite horses, but there is a bit of confusion between the stable fly, house fly and horse fly. Stable flies and house flies are more common and easier to control than horse flies, which are generally found where there is an abundance of game and standing water.

Pupae wait for warm, wet weather before the adults crawl out and take flight. It is hard to see the physical difference between stable flies and house flies, which are more or less the same size and shape.

However, the stable fly has a long, spear-shaped mouthpart used to pierce the skin and feed on blood, while a house fly has flat, sponge-like mouthparts for sucking up manure and filth. 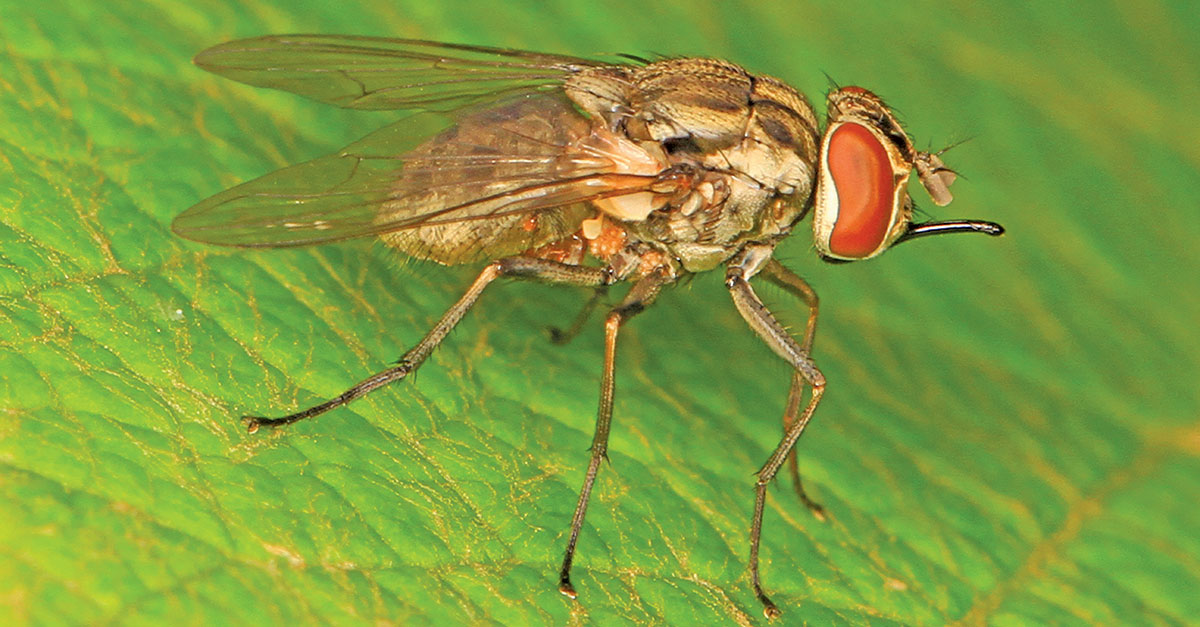 Adult stable fly females can live for up to six weeks and lay multiple clutches of eggs. Each clutch follows a blood meal and can contain about 100 eggs. The average life cycle is about two to three weeks. To control stable flies, use fly bait and traps designed specifically for stable flies and not just domestic flies. Old-fashioned sticky fly paper works well in and around stables.

Parasitic wasps are very effective against stable flies, but are expensive. Composting manure and using insecticidal sprays reduce both house flies and stable flies. Bites on animals and humans can be prevented using fly repellents, such as citronella oil.

Horse fly
The horse fly, sometimes called the gadfly, is much larger than the stable fly. Almost as big as a small wasp, it has a longer, darker body and flies much faster. The horse fly (Tabanus spp) is a member of the Tabanid family and only the female sucks blood from horses, humans, livestock and wildlife.

Over 200 different species have been documented in various biomes in Southern Africa. It is known to transmit blood-borne diseases such as equine infectious anaemia (not found in South Africa). Both male and female horse flies ingest nectar and plant material. They don’t breed in manure around stables.

During its lifetime, a single female lays about 1 000 eggs in wet areas and these hatch into swimming larvae that consume worms, insect larvae, and arthropods. These larvae crawl out of the water to pupate.

If you get bitten, it is almost as painful as a wasp sting. Horse flies cause a bite that can result in a horse bucking or kicking out.

Preventing being bitten by a horse fly is easier than preventing the bite of a stable fly; fly repellents containing pyrethroids and citronella oil can be sprayed onto the skin to protect horses and people, especially during outrides.