Home Farm Basics How to Livestock Ticks: a major parasite

It is estimated that tick-borne diseases kill more than a million cattle a year in Africa. This amounts to a loss of more than R1,6 billion.

Obligate parasites cannot survive independently of their host. The tick is an example; it lives by attaching itself to a host and sucking its blood. If it is a vector for a disease, it either introduces it into the host when drawing blood, or picks it up from the host and passes it on. Depending on the tick population, a disease can spread quickly amongst animals.

A tick can remain on a host sucking away for anywhere between six and 20 days (depending on the species and life-cycle stage). When it is fully engorged with blood, it detaches itself and falls to the ground. Here it will wait for days, if not months, before a new host arrives.

Although some ticks are opportunistic feeders on several different hosts, many will target a specific host. A tick can detect a potential host with sensory organs that pick up traces of carbon dioxide given off by the animal, as well as heat, moisture and vibrations. It can also tell where the animal is, and how far away it is.

In a species-specific tick, the movement of the disease parasite will be contained within that group of animals. By contrast, a non-selective tick can spread a disease through different host groups, including humans.

The adult brown ear ticks congregate around the ears (sometimes entering the ear canal), eyelids, horns, upper neck and anus of cattle. Immature ticks tend to restrict themselves to the neck and dewlap region, as well as the face and ears.

Habitat: The brown ear tick is found in savannah/temperate regions, hot coastal areas, up to the cool highland plateau (providing the humidity is fairly high), where the vegetation is bush, scrub or long grass.

Diseases: This tick is a well-known vector for the infamous East Coast fever, caused by the protozoan parasite Theileria parva in cattle. The protozoan is acquired by the immature tick as it feeds on the blood of a carrier host. The tick also spreads several other strains of Theileria spp that cause corridor disease (buffalo are natural hosts of this parasite, which is spread to cattle via the brown ear tick), Anaplasma bovis, which causes bovine ehrlichiosis, and Nairobi sheep disease virus.

Control: Use an acaricide to reduce tick numbers, treat the symtoms of the disease, and vaccinate against diseases spread by the tick.

The red-legged tick is extremely resilient, with an adult able to go without food for 14 months, during which time it hides in soil. Adults prefer the region around the anus, beneath the tail and groin region, while larvae and nymphs prefer the inside of the ear canal.

Hosts: Although responsible for the loss of many thousands of head of cattle each year (its preferred host), R. e. evertsi can
also be found on sheep, goats, horses, donkeys and zebra.

Diseases: The red-legged tick is a vector for the transmission of many diseases. The most important of these are red water fever, East Coast fever, cattle tick fever, anaplasmosis, equine babesiosis (biliary fever), piroplamosis, Rickettsia conorii, Babesia equi and the Thogotovirus. Many tick species of the Rhipicephalus genus are responsible for the spread of sheep diseases in sheep, notably heartwater and Nairobi sheep disease.

Control: Because red-legged ticks attach themselves to the tail, anus and ear canal, normal dipping can be ineffective, unless the animal is completely submerged. Spot treatment by spraying may be more effective.

Poultry are just as susceptible to ticks as any other farm animal. Because poultry is often farmed in large numbers in confined spaces, a tick infestation can quickly develop into a serious problem. Prompt treatment is thus crucial.

Habitat: Poultry ticks (family Argasidae) live in the cracks of buildings and other confined spaces during the day to avoid predation and emerge after dark. This is why the birds become uneasy at night.

Hosts: Although restricted largely to chickens, the ticks can be found on other domestic fowl. Birds afflicted by poultry ticks may show weight loss, decreased activity, anaemia, red spots on exposed skin where the ticks were attached, and decreased egg production.

Diseases: The ticks are responsible for several diseases. Amongst these are tick paralysis caused by toxins in the saliva (paralysis of the legs, wings and respiratory system), Borrelia anserine, Borrelia spirochetes, Borreliosis, Spirochetosis, Pasteurella and West Nile virus. Many of these diseases can result in large-scale mortality if not brought under control quickly.

Control: Reduce overcrowding and keep the floor clear of manure and soiled bedding. Remove old food. Keep the floor dry, and seal up gaps in the building that could be used as hiding areas by the ticks. Quarantine new birds for several weeks before being released into the flock.

The chicken house can be treated with an acaricide such as Permethrin, Carbaryl, Malathion or Stirofos. Of these, the most widely used are Permethrin-10 concentrate and Malathion, as they do not harm the eggs. Even when the infestation has been eradicated, continue spraying to ensure that any tick eggs lying dormant are killed. Where the chickens are kept under free-range conditions, the pasture should also be sprayed. In addition, remove weeds from around the chicken house, as ticks can climb onto the chickens from the plants. 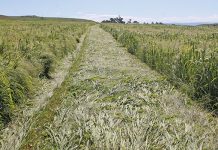 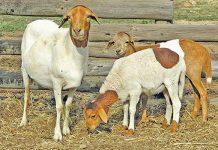