It’s no secret that most new entrants to poultry farming go bankrupt. Jan Grobbelaar, training director at Dumela Poultry Solutions, discusses common errors and how to avoid them. 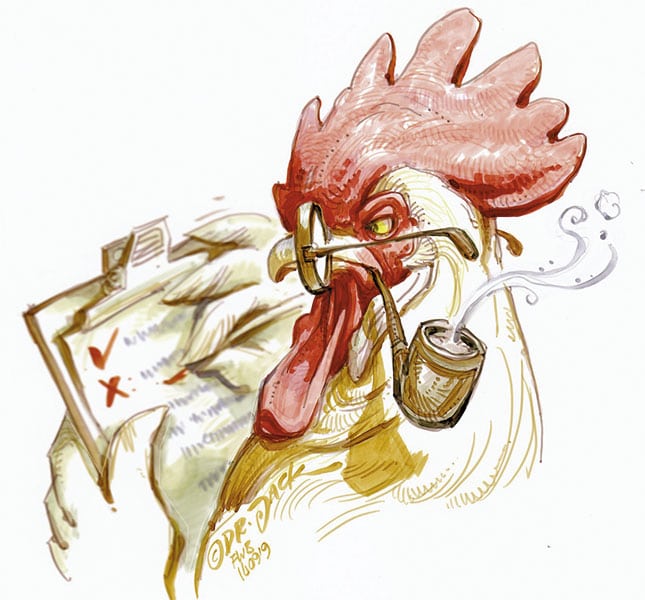 Over the past decade, Dumela Poultry Solutions has conducted more than 80 evaluations of failed emerging poultry farms in northern Gauteng, the Free State, KwaZulu-Natal and elsewhere. In many cases it was found that poultry houses were empty and in various states of dilapidation. These houses, including equipment, chickens and other commodities, had invariably been donated by different donors – private and government.

Why did they fail? This is difficult to answer, as poultry production is a complex farming enterprise that can be compared to a wheel with spokes – if one or more spokes break or malfunction, the wheel collapses. Poultry production is dependent on various role players and crucial management procedures. Here are some of the more common reasons these farmers failed:

No feasibility study
In most cases, farmers and donors made little or no effort to carry out a feasibility study. This would have revealed the lack of suppliers and other important role players in the vicinity of many farms. The most important of these are the suppliers of day-old chickens, point-of-lay hens, feed, medicine, disinfectants and vaccines. Also often missing from the area were veterinary services, reference laboratories, abattoirs, processing and, crucially, a reliable market. Some of the projects were located in areas difficult to reach, especially during rain.

No biosecurity
A biosecurity programme is designed to prevent diseases from entering or spreading on the farm. Two of the most critical aspects are access control and disinfection of persons and vehicles entering the premises. It was found that people and vehicles could enter and leave the premises at will, and buyers were allowed to enter chicken houses freely. This is one of the surest ways of introducing disease.

Inadequate housing
To become commercially viable and sustainable, an emerging farmer must provide the chickens with the correct type of housing for the production system practised. Many enterprises failed to do so.

Housing conditions
The main purpose of poultry housing is to provide chickens with a healthy, comfortable environment to ensure optimal production at an affordable price. The following are important environmental conditions inside chicken houses:

Temperature
Chickens are warm-blooded animals with a body temperature between 40,6°C to 41,7°C. When a chicken hatches, its body temperature goes down to about 39,7°C. Chickens cannot maintain their body temperature. So in order to maintain it inside the house, the roofs and walls must be insulated. During investigations, it was found that the roofs and walls were often not insulated and in some cases were built with corrugated iron or IBR sheeting. One beneficiary admitted that a corrugated iron chicken house becomes an oven in summer and a fridge in winter. When it is cold, the chicks gather at a corner and climb on top of each other, resulting in several suffocating. Hot temperatures also result in fatalities.

Air flow
The purpose of air flow is to introduce fresh air, remove stale air and control the temperature in the house. In open-sided houses, this flow is controlled by means of plastic curtains. It is therefore important for these curtains to open from the top to bottom, leaving a ‘skirt’ at the bottom; this prevents cold air from blowing directly onto the chickens. In addition, the curtains must be held in place on the side by solid panels to prevent them from moving away from the house. Many of the curtains at failed projects closed from the top to bottom or were controlled with poles.

Floor space
Many emerging farmers do not have any experience in rearing chickens and cannot manage a high number per square metre. In Dumela Poultry Solutions’ investigation of failed farms, up to 17 chickens/ m2 were found. A beginner farmer should have no more than 10 chickens/ m2.

Feed
Broilers have been specifically bred to grow fast (38g to 2,5kg in six weeks) but to reach this, the chickens must be provided with the correct feed. Because feed cost is high (about 70% of production cost), some farmers mixed good quality feed with lower grade feed, resulting in poor growth performance. In addition, some projects were up to 100km from the nearest feed company. Many farmers relied on public transport, which increased the price of a 50kg bag of feed by about R30.

Marketing
This was one of the greatest problems. There were two aspects – a lack of abattoirs and the claim that emerging farmers were unreliable. Some failed to honour their contracts while others could not handle their finances. Most did not put money back into the business. Because of these problems, many ended up selling live birds – an unreliable market as farmers often have to keep chickens for up to eight weeks before they are sold. During this time, they consume the profit.

Training
Most farmers said they did not receive training, a fact evident in the way they reared the birds.