Home Business Agribusiness Georgia on their minds: Why SA farmers and investors are looking east

The natural beauty isn’t the only reason why many agri-investors are eyeing Georgia. During a whirlwind tour as guest of the State Ministry on Diaspora Issues, Farmer’s Weekly editor Alita van der Walt was introduced to the reforms stimulating economic growth and encouraging foreign investment.

Situated on the Black Sea between Russia and Turkey, Georgia – or Saqartvelo, as it’s known locally – is doing everything it can to revive its once thriving agriculture sector. And it believes SA’s farmers and investors can help.

When a country’s name literally means “tiller of the land”, and it’s blessed with 26 000 rivers and streams and fertile soil, one would expect its agriculture sector to be flourishing. But 70 years under Soviet rule left Georgia’s farmers ill-prepared to adjust to a free market system, and cost the country its biggest export market.

The new government handed out 0,5ha plots of land to prevent widespread famine. Today, the average size of an individual farm is 0,96ha, and only 5% of farms are larger than 2ha. Half of Georgia’s farm land is out of production.

Determined government
However Vera Kobalia, minister of economy and sustainable development, is convinced Georgia is on the right track to recovery. “We’ve learnt to diversify,” she says.

“When Russia, Georgia’s biggest export market, placed an embargo on all agricultural products from the country, we shifted our exports to other neighbouring countries, the EU, US and Asia. And it turns out they’re paying better than the Russians did!” she says.

Wine, citrus, fruit, vegetables and sheep products are the main exports. “There’s a huge demand for our products, because we’re ideally situated geographically and our products are good quality. But we lack the technology and know-how to up our production to meet this demand,” says Vera.

To this end, he signed a memorandum of understanding with TAU SA last year whereby both parties agreed to exchange information on agriculture and to bring South Africa’s farming expertise to Georgia.

“We don’t necessarily say farmers have to immigrate to Georgia, but if they do their homework there’s real opportunity for, especially, agro-processing companies there,” says TAU GM Bennie van Zyl. For example, Georgia’s first abattoir was only opened recently and butchers in the rural villages still slaughter livestock on the streets.

“Georgia is a safe country, free of corruption and with huge opportunities for investors,” says Papuna.

Real change
In 2007, Georgia’s gross domestic product (GDP) real growth rate reached 12%, making it one of the fastest growing economies in Eastern Europe. The World Bank dubbed Georgia “the number one economic reformer in the world”, because, in just one year, it had jumped from 112th to 18th in terms of ease of doing business.

The global economic recession has put the brakes on growth, but the GDP real growth rate still managed to reach a satisfactory 5,5% in 2010. Vera says the figure should be the same for 2011. Georgia’s success, she adds, is due to “real change from the inside, not just a change of regime.”

In the old USSR, one would finish university and be guaranteed a job for the rest of one’s life. Vera’s predecessor had to get rid of half his staff, because there were too many people doing nothing. “We managed to build an environment in which business can grow and I think that today, after seven years, we’ve shown that we’re very successful,” she stresses.

Vera believes government should provide an environment for business to grow, for example by building infrastructure, and not interfere in private business, because this will hinder development.

The right environment
Upon entering Georgia’s capital, Tbilisi, one is struck by the number of cranes dotting the skyline. The city is hard at work restoring its historic buildings and building ultra-modern edifices. New police headquarters, customs buildings and roads all testify to government’s investment in infrastructure. Rampant corruption was identified as one of the most important factors hindering economic growth.

When current President Mikheil Saakashvili was elected in 2004, he fired 15 000 police officers on his first day in office. Procedures were also implemented to prevent customs officers from taking bribes. The anti-corruption drive seems to have paid off. According to Transparency International’s 2010 Global Corruption Barometer, only 3% of Georgians surveyed had to pay a bribe during the 12 months under survey. That’s well below the region’s average of 32%, as well as that of the EU and North America (5%) and sub-Saharan Africa (56%).

To speed up procedures, such as clearing goods at customs and registering new businesses, government is making full use of new technology. According to customs, it now takes goods nine minutes to cross the border and 15 minutes to be cleared at the customs warehouses. If goods need to be inspected it takes an hour.

Registering new businesses was accelerated when the ministry of justice, which is also in charge of home affairs, opened public service halls. These promise to sort out the registration of new property, a birth, marriage or death or the application for an ID or passport in about six minutes from the time you walk through the door.

Proud to be a Georgian
But what do South African farmers say about Georgia? Piet Kemp, former TAU SA executive member and South African farmer, was a reluctant visitor to Georgia as part of TAU SA’s first fact-finding mission. But he fell in love with Georgia, and when an investor from the country contacted TAU looking to form partnerships with South African farmers, Piet jumped at the opportunity.

He arrived in the country in February this year, but the government wasn’t prepared for the quick response from Piet and other investors wanting to buy land. “There were problems with the communication between the minister of agriculture and the minister of diaspora,” says Piet. But the former has since been replaced and things run more smoothly now.

In addition, it was difficult to find a big enough piece of land – and no one could show them the exact boundaries of land on sale. “It was very frustrating,” he sighs. The partnership eventually found land in Sartichala. Language is another problem and Piet employs a full-time translator.

Lack of agricultural infrastructure is also an obstacle. “We had to dig our own irrigation channels and make our own dirt roads,” says Piet. “We also have to stock our own input supplies since there isn’t a co-op you can dash to. Getting parts for your tractors can take months.

“But the people are lovely, real Christians, and I’m really proud to be a Georgian,” he adds. Landowners and investors can easily obtain Georgian citizenship with the help of the Office of the State Minister of Georgia for Diaspora Issues. It’s difficult to change the mindset of the locals in rural areas, says Piet. “They did things a certain way for 30 years and now I want them to take responsibility for their work and think for themselves.”

But labour is very cheap, with the average farm worker getting 20 lari (about R95) for labour and food a day. “When we had to dig the irrigation channels we hired 80 workers a day from around the area with many more waiting in line to work,” says Piet. “Input costs are about the same as in SA, but you can get 1,5 times the SA price for maize in Georgia.”

The cost of living is also much lower than in SA. “Full medical aid for my wife and I costs us about 15% of what a hospital plan would have cost us in SA. Cellphone costs are lower, as well, and the service better than in SA. “We love it here, the people have crept deep into our hearts,” says Piet. “I’ve found a new home, and I’m never going back.”

And perhaps agriculture isn’t the only know-how South African can contribute. The Lelos, Georgia’s national rugby team, showed heart and courage in New Zealand this year, and if more South African farmers move to Georgia, who knows, the country may become a force to be reckoned with! 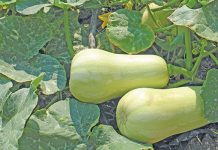