According to the latest quarterly Crop Prospects and Food Shortages report released by the Food and Agriculture Organisation (FAO) this month, people across 29 countries on the continent cannot access food, or are facing food shortages.

The FAO report says food prices have soared in recent months. Press agency Reuters reports that development banks are now stepping in, as some 26,5 million people in the Horn of Africa are facing food insecurity.

The FAO report states that in the Central African Republic, an estimated 30% of the total population is in need of urgent assistance due to conflict, displacements and food constraints.

Civil insecurity, unrest and conflict are also hampering access to food in Burundi, Chad, the Democratic Republic of Congo, South Sudan, and Nigeria, among others.

According to the FAO report, there are uncertain crop production prospects for West Africa. This is in part due to low rainfall, but mostly due to conflict.

In Nigeria, where cereal output is estimated to be 13% higher than last year’s bumper crop, some 7,1 million people face acute food shortages.

The FAO report states: “Despite the above-average cereal harvest gathered in 2016, the weak Naira, coupled with persisting civil conflict in northern states has continued to disrupt market activities and keep food prices at high levels.”

Food supply in the Sahel region is ‘satisfactory in most countries’. This follows two consecutive bumper cereal harvests for Burkina Faso, Chad and Senegal, and above-average harvests in most countries along the Gulf of Guinea.

In Central Africa, the Democratic Republic of Congo was estimated to have some 3,7 million IDPs as of March 2017 – 1,5 million more than was estimated last year.

“FAO forecasts a 10 percent increase in Africa’s cereal production, to 179-million tonnes, mainly as a result of strong production rebounds expected in North and Southern Africa.

But “record cereal outputs are forecast in South Africa and Zambia, mostly associated with significant yearly gains in maize production, while in North Africa, Morocco’s output is forecast to more than double in comparison to the poor harvest in 2016,” the report states. 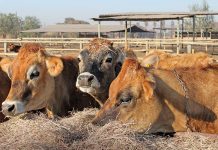 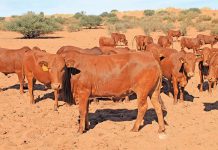 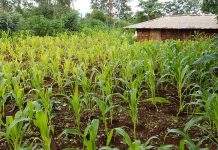