Beef cattle sales in Namibia have fallen 31% so far this year compared with the same period in 2019, despite producer price increases of 2% for slaughter cattle and 39% for weaners.

As a result, weaner exports declined 49% between January and August year-on-year, Namibia’s Meat Board reported recently.

READ The role of farmers during the COVID-19 crisis

Weaner calves traditionally constituted 63% of Namibia’s cattle exports. This was ascribed to a decline in supply and an increase in the demand for cattle for slaughter.

Jacque Els, CEO of the Namibian Stud Breeders’ Association, said the decline of the commercial and stud livestock production industries was a result of the relentless droughts the country had been subjected to during the past decade.

READ What livestock farmers should know about climate change

Some stud breeders in the southern parts of the country had lost as much as 90% of their small-stock flocks to date.

“The fact that it rained in some parts of the country does not mean that the effects of the drought have evaporated. It takes a few seasons of good rainfall for the veld to optimally regenerate. The rain [also] does not automatically mean an improvement in cash flow, and does not absolve producers from high levels of production debt caused by the dearth,” Els said. 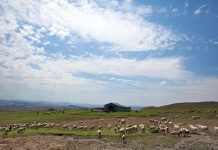 Farmers urged to report crime along the SA-Lesotho border 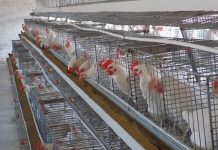