Glenn Farrad, programme manager for the Association for Rural Advancement (AFRA), said the judgement pointed to an urgent need for South Africa to act according to the law and Constitution.

“To have reopened the process in the manner which policymakers saw fit, was clearly disadvantageous to communities which had lodged claims, and were awaiting resolution,” Farrad told Farmer’s Weekly.

He added that it was difficult to say how many claims still needed to be processed as government had changed the way in which claims were categorised, but the number was estimated to be around 80 000.

“The court found that Parliament failed to allow for proper consultation before passing the law in accordance with section 72(1)(a) of the Constitution,” a statement from the Constitutional Court read.

The Department of Rural Development and Land Reform sent out out a statement saying that the Commission was in the process of analysing the judgement and will send out a more detailed response in due course. 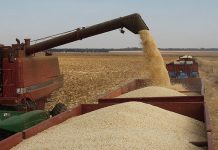