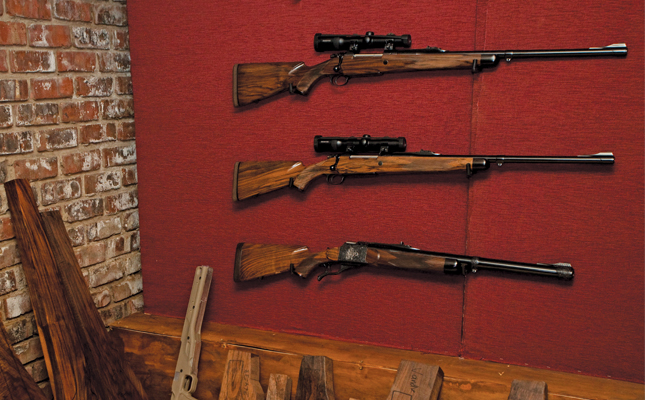 The Minister of Police, Bheki Cele, and the National Commissioner of Police, Khehla Sitole, need to engage constructively with firearm stakeholders to seek common, practical solutions to problems faced.

This was because the recent firearms amnesty declared by Cele contained certain conditions that were in contradiction with the Firearms Control Act of 2000, according to Martin Hood, the legal advisor of the Professional Hunters’ Association of South Africa (PHASA).

The firearms amnesty declared on 28 November began on 1 December and would last until May next year.

During this period, members of the public would have an opportunity to hand illegally owned firearms, ammunition and parts in at local police stations without prosecution.

However, according to Hood, the amnesty stated that only persons who could prove ownership of a firearm could re-apply for a licence. The Act had no such requirement.

“This means that there will be many instances where firearms are possessed by persons who cannot prove ownership to the satisfaction of the registrar and their application for a firearm licence will be declined. There are also no guidelines as to what constitutes proof of ownership,” he said.

The Minister and the national Commissioner had not properly read, understood and applied the legislation, said Hood.

“Many of the necessary functions required by the amnesty cannot be performed, because the computer system has not been amended to allow application forms to be submitted for expired firearm licences. Amnesty officers and designated firearm officers were not trained for the amnesty before it was proclaimed,” he said.

The amnesty was clearly aimed at persons with expired licences, and there was no incentive for criminals to give up unlicensed firearms, because any person handing in an unlicensed firearm would be required to identify themselves and provide a physical address, Hood explained.

Fred Camphor, CEO of the South African Hunters’ and Game Conservation Association, said: “During two previous amnesties a total of approximately 120 000 firearms and 1,8 million rounds of ammunition were surrendered in 2005 and 2010, but none of these guns were linked to criminal acts.”