The success and viability of the industry is largely government’s responsibility, because only it makes and implements legislation. 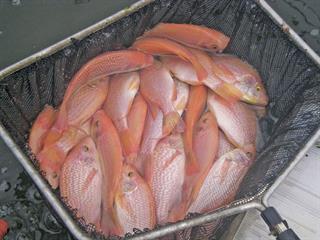 The success of the tilapia industry in South Africa is largely dependent on government’s attitude to the industry, and the legislation implemented to control it. Government should consider several factors when deciding on the industry’s future.

Stop wasting public money
Public money should not be wasted on schemes that have failed in other countries around the world. For example, simplistic ‘turnkey’ systems such as the notorious ‘cut-down JoJo tanks coupled to a pump’ will not feed rural communities, neither will complex systems that require technical skills.

Similarly, as Asia learned 30 years ago, scraping by with low-quality, mixed-sex fingerlings in poorly designed systems will only result in failure.

The state must accept that Nile tilapia are established in Limpopo and Incomati systems, and should allow farmers to invest in regional pond farms. Fighting the use of good tilapia strains will negate the goals of Operation Phakisa, and will only serve to stimulate frustration, backyard development and the contravention of laws.

Government should also use a single permitting system. The multiple permitting system achieves nothing and wastes time and effort. For example, a hatchery currently needs three permits to sell Nile tilapia fingerlings. In issuing permits, government must also ensure transparency and fairness. Currently, some applicants have to complete risk assessments to obtain permits, while others do not.

Meetings and efficiency
Government should remember that not everyone lives in Pretoria. Therefore, when important meetings are to be held and stakeholders are invited, the travel expenses of those living far away from the venue should be compensated.

Only then will government obtain a representative perspective of the sector. Information should be communicated to stakeholders immediately, so that action can be taken. It should not be necessary for stakeholders to request the minutes three months after the meeting.

Parastatals such as Eskom should also become more efficient, as low voltage and extended power cuts are killing the sector.