This is one of the quickest ways to identify a horse. Just make sure you use transponders and readers that comply with international norms, warns Dr Mac.

The microchip identification system used for horses has two components – a tiny silicon and bio-glass electronic transponder that’s implanted into the animal, and a reader, which displays the unique code of each microchip. Transponders are commonly known as ‘microchips’ but actually contain both a microchip and a tiny antenna. Each has a unique identifier (UID) or serial number that can never be altered.

Microchips have been used to identify racehorses for several years and are obligatory for animals being imported or exported. The Endurance Ride Association made them compulsory in May 2012. And now the South African Equestrian Federation has suggested that microchips will be made compulsory for competitive horses within the next few months.

Microchips are far superior to colour markings and whorls for positively identifying horses. DNA-typing horses is the most accurate method, but results can take months to come back from the lab. Branding is painful and can be unsightly as the foal grows into an adult horse. Brands can also be altered.

This brings us back to microchips – the easiest, most certain way of identifying and reclaiming a stolen horse.

How its done
The chip is implanted using a plunger attached to a fairly large and sharp needle. In horses, it’s implanted into the nuchal ligament, midway between the ears and the withers. Although the chip is usually inserted on the left side of the neck, either side is acceptable.

Surprisingly, the injection is not that painful, but it’s important to prepare the site as for an operation. The area is washed, a small circle of hair is shaved away and Betadine is used to disinfect the skin. After the implantation, the scanner is passed over the area to ensure that it is properly inserted. Some people claim that you can do this procedure yourself, but it really is preferable (and sometimes obligatory) that it’s done by a vet.

Be careful
A recent complaint to the Advertising Standards Authority by Identipet has revealed that another company supplying microchips in South Africa was not internationally compliant, although it claimed to be. This is important to remember if you are doing the implantations yourself. Only microchips with a 15-digit code are compliant.

Another problem is that some microchips cannot be read by all scanners, although the manufacturers claim that they can. This has been sorted out in the SA racing industry, where only one type of transponder that meets international standards and can be read, is used.

Microchips have in some instances stopped working after a few months. The manufacturer replaced them for free, but owners still had to pay vets to re-insert the chips. 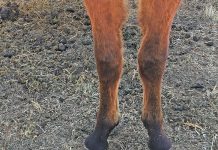