Wildlife ranching continues to be a fast-growing industry with a bright future, notwithstanding recent negative press that its practices harm conservation, says Dr Peter Oberem, president of Wildlife Ranching SA.

What are the key drivers behind the growth of wildlife ranching and how sustainable are they?
Wildlife ranching is a new, profitable and glamorous industry that stands on several legs: tourism, hunting, food production and conservation. There’s massive confidence in the industry by those who are in it and know it well. There’s a long way to go before saturation is reached. At the moment, the industry is in a herd-building phase, hence the scarcity of animals for sale.

Ranchers need to build up their herds to provide sufficient animals for the future needs of conservation, hunting and meat. With so many new entrants to ranching, it is to be expected that for some time demand will outstrip supply among the rarer species and rare colour morphs. As their numbers increase, prices will adjust as some of the rarer animals become available for hunting. Sensible investors understand this.

For example, there are currently only about 15 000 sable antelope in private hands (fewer than 1,5 per ranch) and roan antelope are even scarcer. Given the scarcity of these animals and their struggle to survive in the Kruger National Park, private ranches are the main hope for their survival in this country. It will take years and many more high-price auctions to satisfy just the roan market.

How do you see the future of the various ranching sectors?
Ranchers supply animals for biltong, trophy hunting, game meat harvesting, and live sales to other ranches that need stock for similar purposes, as well as for tourism. Also, ranchers have to bring in new blood to manage herd genetics and prevent inbreeding. These transactions often occur via direct sales rather than via auction. As long as hunting and the game meat sectors grow, this segment of the industry will thrive.

The breeding of rare species and so-called stud animals is also a stable market, similar to cattle stud breeding which supplies superior animals with higher price tags. While I don’t see the big price differentials continuing for more than 12 years, there will always be a need for game animals with better genes to ensure genetic diversity with the right breeding material.

The breeding of rare colour variants is a medium-term market that could yet see another eight to 10 years of good growth. This segment is still young and open to the discovery of even more beautiful variants in future. As with rare species, price premiums will gradually decline with normal supply-and-demand economics as populations increase, but prices could settle at higher levels than for the more common variants.

The ecotourism segment should also grow as the wilderness and wildlife is a shrinking commodity – the scarcer tourism destinations and wild animals become, the more opportunities arise and the more value conservation tourism gains. Where else can one see rhino and experience the wilderness in comfort and relative safety? This is South Africa’s competitive edge.

Game meat is a sought-after delicacy, particularly among Europeans and Chinese. Again, South Africa has no real competition in the provision of this organic, healthy product. With potential for exports of about R4 billion a year, this could be the next growth sector but we need support from the Department of Agriculture, Forestry and Fisheries (DAFF)and the Department of Environmental Affairs (DEA) to fully realise this great economic opportunity.

Could the industry eventually split into two distinct segments: the Africa Safari experience where animals are kept wild, and on the other hand the stud farm?
All game ranchers are in this industry for the love of nature. However, some ranchers have found ways of making it pay better. Most ranchers use most of their land for conservation, tourism and hunting, but some (currently about 6%) retain a small area for breeding and rearing rare species and colour variants until such time as they can afford to expose them to predators.

Would intensive breeding systems not amount to further domestication of wild animals, spoiling perceptions of what ecotourists/hunters think of wildlife conservation?
Not necessarily. For instance, buffalo released into a bigger area don’t struggle to survive. Such animals may be kept in smaller camps of between 25ha and 100ha (not all that small) for a couple of generations which is not long enough to affect their ability to survive in the wild. Even cats, dogs, pigs and other species domesticated over thousands of years easily become feral and live in the wild.

No-one propagates domesticating game animals to the point where, like dairy cattle, they produce so much milk they could not cope in the wild anymore.

What about breeding for bigger horns?
Ranchers that do this do so scientifically, using the most modern genetic monitoring tests as part of a broader health and production selection process to rectify the negative selection against these traits by hunters of the past. Today’s SA record African buffalo horn length would rank only 18th in the Rowland Ward records.

What are your biggest challenges?
Firstly, legislation. Applicable laws were promulgated before our industry evolved to what it is today and are inappropriate. Fortunately, there’s a lot of positive movement in this regard by both DAFF and DEA.

Most, if not all, of the 20 million hectares of private wildlife ranching land was unproductive, marginal agricultural land before becoming part of this vibrant, growing green industry – and at a time when agriculture was economically hard- pressed.

The success of the SA wildlife industry hinges on private ownership. Nowhere else in the world has such an amazing conservation turnaround taken place, with game populations increasing and species being saved.The dire conservation situation in Kenya, Zambia, Zimbabwe and Botswana, among others, proves the benefits of our government’s sustainable utilisation policy.

Another threat is posed by short-sighted animal rights organisations. We have to continually prove to the world the social, economic and conservation benefits of private ownership and game ranching, including hunting, while exposing their hypocrisy. (Read A stampede of hypocrisy: How animal rights activists poach elephant donations: SCI July 2014.)

The biggest danger to the export market is ineffective foot-and-mouth disease control by the SA Veterinary Services. However, recent interventions by DAFF’s minister Senzeni Zokwane give me hope.

This article was originally published in the 24 April 2015 issue of Farmers Weekly. 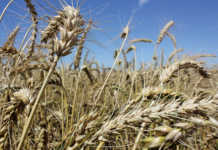 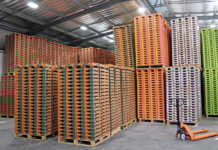 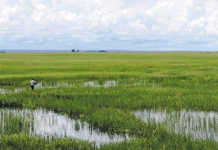 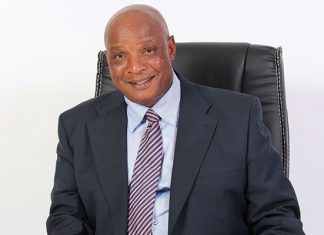 July 15, 2020
None of the government departments with an interest in the recent resignation of the former director general (DG) of the Department of Agriculture, Land Reform and Rural Development (agriculture department),...