As a soil’s fertility and condition improve, so the value of the soil increases dramatically. Generally, the price per hectare of farmland does not vary much across a region, but the land’s true value does vary according to its productivity. 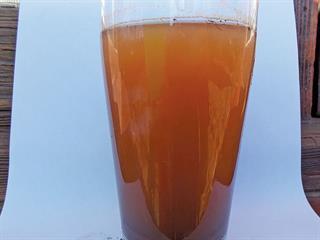 Thus, when you invest in improving your soil, you are putting money in the bank, so to speak.

What’s more, this investment may end up not costing you anything; it may just mean adopting a different management strategy. At a recent farming function, a prominent Highveld producer told me that he was running an experiment on his land: he had planted the same variety of maize using conventional tillage and no-till, with the two sections alongside each other. He harvested over 2t/ ha more from the no-till section. In this case, he had increased yield while reducing costs simply by improving soil condition.

Speaking to a vegetable farmer at the same event, I pointed out that Rhizoctonia and cavity spot (Pythium) on carrots occurred far less frequently in his area than before. The reason, I explained, was that all the farmers there had stopped ploughing and reduced tillage significantly. This new approach had improved soil condition and prevented these two pathogens from attacking the crops.

The inside story
It is useful to understand how nutrients interact and are held by the soil. Clay particles, which are microscopic, have sites on them that attract the atoms of plant nutrients. This attraction is magnetic and the elements are adsorbed onto the particles. Salt, for example, is absorbed into water but adsorbed onto soil particles.

The sites onto which fertiliser elements are adsorbed have a negative charge and attract elements with a positive charge. In the absence of plant nutrients, these sites are filled with hydrogen ions which have a single positive charge. The more hydrogen-filled sites there are on soil colloids (clay and organic matter), the more acidic the soil. Hydrogen and aluminium ions are both positively charged acid-forming elements.

Positively charged fertiliser elements such as calcium, magnesium, potassium and sodium can replace the hydrogen ions on the soil colloids. In so doing, they reduce the soil acidity. These elements are known as ‘base minerals’, while ‘base saturation’ refers to the quantity of these base minerals that are adsorbed onto the soil colloids (having taken the place of hydrogen ions).

The potential of a soil to hold the applied fertiliser is called the ‘cation exchange capacity’ or ‘total exchange capacity’. The latter explains the processs more accurately: humus has the capacity to adsorb both cations (positively charged) and anions (negatively charged). This is important because some fertiliser elements, including nitrate, have a negative charge. When they are adsorbed onto colloids, they are ‘anchored’ in the soil and prevented from leaching when water passes through the soil.

Humus
The exchange capacity of a soil depends on the amount, type and even condition of the clay. Apart from this, organic matter has an exchange capacity far greater than any clay. This, together with the anion exchange capacity, means that humus is an extremely important component of soil. Yet it is often underrated. As the percentage of clay remains the same, the best way to improve the productivity of soil is to work on improving its organic status.

Although the percentage of clay stays constant, the clay itself can change. Poor management practices, such as using potassium chloride rather than potassium sulphate as a fertiliser, can cause the capacity of the clay to deteriorate. I can vouch for the fact that soil capacity increases with proper management. I had two soil analyses carried out by a US laboratory four years apart. In the initial test, the organic matter (humus) was found to be 3,24% and the total exchange capacity was 10,05. In the second, the organic matter had increased to 3,55% and the total exchange capacity to 15,96.

Don’t be beaten by bollworm