Home Farm Basics How to Crop How snakes can help farmers

Most people know about the destructive effect of insects on crops, but rodents can be equally destructive. This is where snakes enter the picture, says Paul Donovan.

Insects are often blamed for attacking seedlings, when the real culprit could be a rat or a mouse. Not only do rodents damage seedlings, they also spoil stored grain with faeces and urine.

We treat insects with insecticides, we bang sticks and use scarecrows and other means to scare off birds, but when it comes to rodents, what can we do? In many cases we simply ignore them, or we resort to poison to kill them. Unfortunately, we can’t control what animals may eat the poisoned rodents.

A better way to control rodents, and one that’s often overlooked, is to encourage natural predators to do the job. Rodents rate high on the feed list of many snakes.

If the world’s snakes were eliminated, the rodent population would increase dramatically which would affect crop production.

Apart from the threat to food security posed by rodent population growth, increased disease outbreaks would put a heavy burden on the health services of many countries, especially developing ones.

Pest management
This alone should be enough for the farmer to realise that, far from being a menace, snakes are the farmer’s friend and can be used as part of an integrated pest management system.

We should be encouraging mole snakes (Pseudaspis cana) and house snakes (Lamprophis) into croplands. In coffee plantations in India, snakes (including venomous ones, such as cobras, kraits and Russell vipers) are used to control rodents.

In-house education programmes teach employees how to spot snakes, where they’re most likely to occur, which ones are dangerous and how to work beside them safely. This has brought human/ snake conflicts right down.

The use of certain chemicals is being phased out so that snakes can be conserved rather than suffer the often fatal consequences of eating poisoned rodents.

In some regions of Africa where sugarcane is grown, pythons are actively encouraged to control cane rats.

Cultural myths
Some farmers and farm workers may want to pick up the nearest rock or stick and destroy every snake they come across on the farm. The reason for this is a mistaken belief that all snakes are dangerous and will kill people.

The truth is, most snakes are harmless to humans. It’s far better to remember this rule: ‘Leave a snake alone and it will leave you alone’. The rodents and other prey species are in danger in encounters with snakes.

Although I have worked with reptiles and insects for the past 30 years and have a passion for them, I can sympathise to some degree with the fear many people have.

But, at the end of the day, the snake doesn’t know it shouldn’t be there. After all, we are the invaders. Despite this, and as noted, snakes can really help us – especially when it comes to rodent extermination.

No predation, lower yields
Several years ago, researchers in the US decided to look at how important a role snakes play in controlling rodents in agriculture.

They chose a field, removed every snake they could find there and then planted it. Snakes were prevented from going into the land, but rodents were allowed free access into and out of the area.

With no predators to control their numbers, the rodents were able to feed uninterrupted. At harvesting, the crop yield dropped 40% from the previous year’s yield.

Paul Donovan has a farming background. He is a biologist who has worked with reptiles and insects for more than 30 years. Currently based in Botswana, Paul promotes the protection and use of biological control agents and advises farmers on the best ways to control crop pests. 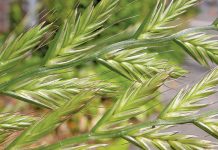 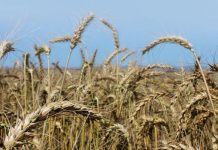 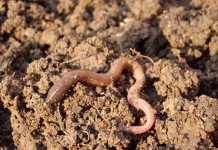