Description
Varying shades of greens and browns are common, although some species may be brightly coloured. Adults can fly and powerful hind legs enable them to jump distances more than of 100 times their body length when disturbed. Depending on the species, leafhoppers live for anywhere between 30 and 120 days.

Given the large number of species, almost every plant is a potential target. Some commercial crops include apples, beans, carrots, celery, maize, onions, potatoes, peppers and tomatoes. Leafhoppers are generally found on branches or the underside of leaves. They feed on the surface of the leaf, leaving behind pale or brown markings. Young shoots may wither and die.

Leafhoppers suck sap from the plant. A single leafhopper can consume, process and excrete 17ml of sap a day. That’s like a human drinking 1 800l of water a day through a straw! A number of species produce honeydew, a sticky liquid secreted by insects that feed on sap that may lead to the growth of sooty mould. But unlike other sap suckers, leafhoppers are not intensively ‘farmed’ by ants for this sweet liquid.

Well-watered, vigorously growing crops can usually sustain an attack by leafhoppers, even if present in quite large numbers. Young plants are at greater risk. The leafhopper’s greatest threat is its potential to spread disease. A number of species are vectors for maize streak virus; beet curly top virus; certain strains of bacteria such as Pierce’s disease, which is deadly to grapevines; and mycoplasma diseases such as green-petal disease in strawberries, as well as bud-blast disease in rhododendrons.

Reproduction
Females pierce the epidermis of the host plant with the aid of an ovipositor, and lay rows of eggs. One to six eggs are laid each day. A female can lay up to 200 eggs during its lifetime, and there are usually two generations a year. In cold climates, the eggs may over-winter and hatch the following summer. Developing nymphs undergo five moults to reach adulthood, which can take place in a couple of weeks.

Organic pesticides and bio-control
Due to their mobility and habit of moving to the other side of the branch/leaf when spotted, leafhoppers can be difficult to control. Organic pesticides such as pyrethrins are effective in control, as are Neem oil and insecticidal soaps. These should be applied in the late morning to mid-afternoon when the leafhoppers are at their most active. Make sure that the underside of the leaf is sprayed.

Assassin bugs, preying mantids, spiders, various beetles, lizards and birds are effective bio-control agents. A number of parasitoids (wasps, tachinid flies) attack the eggs and developing nymphs. Leafhoppers are susceptible to various fungal, bacterial and viral infections. Some of the diseases they are responsible for spreading may actually reproduce in their salivary glands and end up killing the leafhoppers.

So many
It is not known exactly how many leafhopper species there are. However, their family, Cicadellidae, is subdivided into 40 sub-families and an astonishing 23 000-plus species, more than all the birds, reptiles, amphibians and mammals put together. Of that number, over 400 species are native to South Africa.

Please note: this series is intended primarily as a guide to identifying pests. The control methods discussed here are merely suggestions. For help with area- or crop-specific measures, please consult your agricultural extension officer. Paul Donovan is a biologist. who advises farmers on the best ways to control crop pests. Email him at [email protected]. 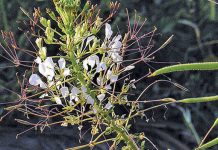