One of the first things beginner cattlemen want to know is: what’s the best beef breed to farm with? Leslie Bergh of the ARC provides a few broad guidelines.

With 39 suitable breeds in South Africa, farmers are spoilt for choice when it comes to beef cattle. Unfortunately, this can lead to bewilderment about choosing a breed especially with so many breed societies making similar (often unsubstantiated) claims: their cattle are well-adapted, hardy, calve easily, make good mothers, produce heavy weaners, are ideal for feedlots, and so on.

The truth is that there is no ‘ideal breed’. Instead, there are better or worse choices for specific conditions and purposes – the particular farming environment, production system, breeding system and market requirements.

Environment
What is the quantity, quality and seasonal variation in the grazing? Where the pasture is sparse, of poor quality or highly variable, medium- to small-frame cows are more suitable. If the pasture yields well, of good quality and does not vary a great deal, large-frame cows may be considered. What is the climate like, particularly the heat and humidity? In an area where both are high, it’s crucial to choose a breed that can thrive under these conditions. A smooth coat and plenty of skin area, for example, is important for heat exchange.

Sunburn also needs to be considered, especially at high altitude, such as on the Highveld. Full skin pigment, especially on exposed and sensitive areas such as the eyes, will help to protect the animal. Where ticks and other external parasites are a problem, a ‘twitchable’ skin and a smooth-haired coat are best.

Production System
Large-frame or late-maturing animals are unsuitable if the progeny is to be finished off and slaughtered directly from the veld in an ox or steer production system. They put on fat at a later age and therefore take a long time to become market-ready. These animals are more suitable if their progeny is to be finished off in a feedlot.

Where cross-breeding systems are applied, it’s also important that the breeds be chosen to obtain the maximum benefit of heterosis (hybrid vigour) and combination of desirable traits. Generally speaking, maximum hybrid vigour is obtained by crossing breed types that are unrelated, such as Bos indicus or Sanga, with British or Continental breeds. Cross-breeding will give the stockman an advantage in the improved first-cross (F1) females as these have higher fertility and higher milk production.

Meat quality – especially tenderness, the number one quality measure for the South African consumer – is increasingly important in the marketplace. Tenderness is critical, especially with branded beef, and there are significant genetic differences in this regard between breeds, particularly between breed types.

Other Factors
Considerations when choosing a breed include:

Finally, although it may sound illogical, it is important when choosing a breed that you like. Just as we are drawn to certain people because we simply like them – not just for having certain attributes – so choosing a breed of cattle has to go beyond a list of pros and cons. It would be very tedious indeed to spend years with a cattle breed that you dislike!

Leslie Bergh is a senior researcher, Beef Cattle Recording and Improvement, at the Agricultural Research Council’s Animal Production Institute, in Irene. Contact him on 012 672 9145 or email [email protected]. 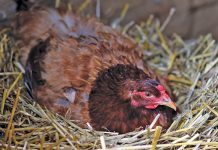