Home Farm Basics How to Livestock Keeping goats for milk: a beginners guide

People have been keeping goats for milk for centuries. Goat milk is superior to cow’s milk in certain respects, one of which is that it is easier to digest.

People have been keeping milk goats for centuries. Goat milk is superior to cow’s milk in certain respects, one of which is that it is easier to digest.

READ: Hand milking: how to keep it hygienic

The relatively low cost of keeping goats makes them the obvious choice to supply milk for human consumption where space and feed are limited. When buying a milk goat, look out for undesirable conformation characteristics.

Why keeping goats for milk works

Avoid a ewe with a sway-back, hollows behind the shoulder blades, devil’s grip, and a sloping rump, faulty legs, weak hocks and pasterns.

In addition, she should not be overweight. Other undesirable characteristics are double teats or teats that are too large or small. Buy animals that have proven records as high milk producers or else are descended from high producers.

If possible, select young ewes or ewes that lamb regularly. Ensure high milk production over a long period by letting the ewe dry off for at least two months before it lambs again.

The milk goat is a ruminant with a digestive system that needs (and digests) large amounts of roughage. This is essential for the normal operation of the rumen, and also contributes to an increase in the butterfat content.

High-quality roughage stimulates the appetite, while woody, dusty feed and an excess of concentrate has the opposite result. If only one or two goats are kept, rather give less concentrate and a greater amount of quality roughage.

Mature goats require approximately 3kg of feed per day, consisting of equal parts of lucerne and maize, supplemented by a bone-meal: salt mixture in a 60:40 ratio per mass.

Animals must be allowed to adapt gradually to this ration. Drinking water should also be freely available. Ewes in full production drink more than 20l of water per day.

The availability of water greatly influences the quantity of milk produced by the ewe. Ensure that the drinking water and the troughs are clean. Finally, milk ewes at fixed times, twice a day.

When buying a milk goat, thoroughly examine the udder of the ewe to ensure that there are no lumps.

Note the shape of the udder. A common and undesirable fault is the ‘pendulous (low-hanging) udder’.

Ewes with these are prone to udder infection and usually have a short production life. Don’t buy a ewe with external ulcers or growths on the udder or teats. 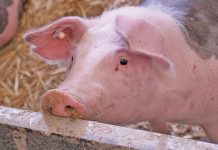 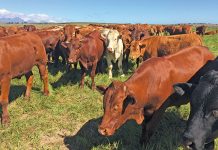