Producers use breeding values to determine the long-term value of certain animals to their herds.

Fertility
According to the Agricultural Research Council, fertility is the most important trait in beef cattle, and its heritability is about 10% or lower. It is generally measured indirectly through indicator traits, such as age at first calving, number of calves up to a certain age, and scrotum circumference.

Calving tempo: This EBV is only available for male animals. For a bull to receive a high breeding value for calving tempo, its daughters must be retained in the herd as young heifers, and must regularly calve up to six years of age.

Stability: Only estimated for the South African Angus, this is the number of cows still in a herd by the age of six.

Scrotum circumference: This is an indication of the fertility of the bull and its daughters.
A small circumference indicates low fertility, while a large circumference could indicate high fat deposits, which might lead to infertility. This trait is measured in young bulls in the post-wean tests (phases C and D). Untested bulls receive breeding values based on pedigree information.

Producers use breeding values to determine the long-term value of certain animals to their herds.

Birthweights
High birthweights are one of the major causes of calving problems. A calf’s genes determine its birthweight, indicated by the direct breeding value (EBVbirth-direct). The growth of the foetus is also influenced by the dam’s genetic ability to restrict its growth in the womb (EBVbirth-maternal).

Yearling and 18-month weight: Heifers are mainly measured in Phase B, and bull calves are generally measured in phases C or D. Under extensive farming conditions, cows of average weight perform better than larger animals.

Mature weight: This refers to the weight of cows four years or older. These cows are weighed at the weaning of their calves. Producers generally select for average EBVs.

Average daily gain: This reflects the genetic differences between animals post-weaning, and their predisposition for gaining weight. Animals farmed under intensive conditions are selected for high breeding values for maximum growth.

Kleiber ratio: In cases where it’s impossible to measure individual feed intake, the Kleiber ratio gives an indication of the animal’s feed usage. It can thus serve as an indirect indication of feed conversion efficiency.

Feed intake: This is estimated by taking into account the animal’s feed intake during Phase C. This, along with the feed conversion ratio, makes it easier for breeders to identify more efficient animals.

Feedlot profit index: This EBV reflects the profitability of an animal in a feedlot or other environment. It is determined by calculating the beginning and end weights of the animal.

Body measurement
Breeders generally prefer ‘longer’ animals, who have a greater capacity for meat production. However, the animal must not be too high at the shoulder.

Meat quality traits
This is measured on live animals with real-time ultrasound (RTU). These breeding values are available for only Angus cattle in South Africa, but will be available for other breeds in the future.

Breeding value index
The breed index compares animals across the breed, and indicates the percentage deviation in genetic ability of a specific animal when compared with the mean of the measured, living animals within a breed.

Commercial and stud breeders use the breed index to determine to what degree their animals, or animals that they want to buy, are better or worse than the breed average. 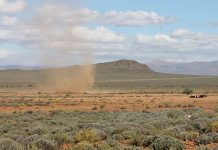