Home » Lifestyle » Agritourism » The end of the road

The time has come for Abré J Steyn’s last Field Sports. Although it is the end of the road, it it most definitely not the end of his globe-trotting adventures. 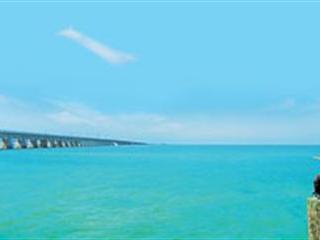 I stood at the sharp tip of Africa, looking down at the deep blue sea. I couldn’t help but be filled with emotion, as if I’d come to the end of a road. This was Cape Point. Not the most southerly, but the most spectacular point of no return in all of Africa. Cabo de Tormentosa, the ‘Cape of Storms’. Looking south, or east, or west, there was no going forward. No more roads to travel on my life-long journey on this beloved continent. The only road was the one along which I had come.

All along this road my footprints meandered aimlessly over a vast portion of this 200 million-year-old breakaway portion of ancient Gondwanaland. In my mind’s eye I could see them knee-deep in the towering dunes of the Namib and the Kalahari, over its great mountain ranges, through forests and endless plains where among thorn bush and baobabs wild game used to roam as nowhere else on earth. But this was now the end of that road. Just the cold Atlantic Ocean all around me.

Years later I had the same overwhelming feeling when I stood on the southern end of Key West, the southernmost tip of North America. Of course it’s not nearly as spectacular and wild as the tip of Africa. Behind me my tracks criss-crossed 19 600km over the Land of Freedom, which was not so free at all. From New York to Texas, to Salt Lake City, the Rockies and Yellowstone, to the salmon streams of British Columbia and down to California, Colorado and New Mexico where the route runs so close to the border that I could spit into Mexico. Cape Point, surrounded by the cold Atlantic Ocean was the dramatic end of my road through Africa. Although Cape Agulhas is the continent’s southernmost tip, there is nothing spectacular about it.

Then through the steamy swamp forests of Mississippi I went, turned south on US1 Highway, down the panhandle of Florida and the Everglades to the Keys, which is a corruption of Cayo, Spanish for ‘a small island’. Like the spine of a gigantic fossilised dinosaur, the Florida Keys form a 240km-long punctuated divide between the Atlantic Ocean and the Gulf of Mexico.

It is in fact the exposed remains of an ancient coral reef, pounded through the ages by hurricane-driven seas with winds up to 320km/h, often sweeping entire communities away before US1 was built as a means to evacuate. For them the Keys was, quite literally, the end of the road.

Time to say goodbye
Throughout life, each of us frequently stands at the end of some road. All of us have had, or will still experience, our last day at school, college or university, or the day we leave the warmth and security of our parents’ family home to start our future lives of independence. These are usually happy days, but unfortunately it’s not always the case. For many farmers the end of the road was the day they lost their family farms, or a family’s breadwinner was told their services were no longer required.

Sometimes it is the loss of something far more mundane, but of special value nevertheless. Each time I had to bury a faithful dog I experienced a feeling of sadness that this was a road that came to an end far too soon. The older I get, the
more frequently these days of tears and sadness follow each other in ever more rapid succession. The more the Great Forester starts to fell the trees in the forest around me and I have to stand at the grave of a dear friend or loved one, the more I realise that life is short. My knee-deep footprints on one of the highest dunes in the Namib. I climbed it on crutches.

Fortunately for those of us believing in a life hereafter, this is not the final end of the road but only the start of something new. And even more fortunate is the fact that we can often look back on this road with a feeling of achievement and satisfaction, because it was a good road. So it was with my association with Farmer’s Weekly and all the readers of this column, which I had the pleasure to write for the past six-and-a-half years. This column is number 308 and, personally speaking, my last contribution to Field Sports.

To Caxton and the editorial staff of Farmer’s Weekly my sincerest thanks for the opportunity to write and the frequency with which they awarded my humble attempts, recently enabling me to publish my first book, which is just as much theirs as it is mine. But most of all for the opportunity to share the wealth of wonderful experiences I’ve had with the readers, who so frequently spurred me on with supportive emails and phone calls. To all of you, my sincerest thanks. As funds become available I plan to continue to publish more of the Field Sports stories in book form.

So, it’s goodbye, but not necessarily farewell. My road with you was richly rewarding indeed.