I was 10 or 11 years old when I saw, for the first time, a grown man cry. Back then, the only veterinarian in town had an office across the road from the library.

While I stood waiting outside the library for my mother to come and fetch me, a bakkie came speeding down the road, stopping in a cloud of dust in front of the vet’s office.

A farmer got out and carefully lifted a heavy tangle of blankets from the back of the bakkie.

There was a dog lying limply inside the blanket and the farmer was sobbing, his face streaked with tears. He had rushed to town with this small, broken body, praying that by some miracle the vet would be able to help put it back together again.

We later heard the whole story. It was a terrible accident; he hadn’t seen the dog and had run over it when he reversed.

I think the reason this experience is etched so vividly on my childhood memories is not only because I was shocked to see a man, who was similar in so many ways to my father, cry, but also because even at that young age I could understand the terrible heartbreak of losing a beloved dog.

For many children who are lucky enough to grow up on farms, dogs are often their first and best friends. This doesn’t change when they become adults, and perhaps farmers themselves.

There is something singularly moving about the relationship between farmers and their dogs. Remote as they often are, farms can offer an idyllic lifestyle; however, they are also lonely places to live. But a dog breaks the long silences and lessens the loneliness.

Unaffected by the everyday worries that come with running a farm, a dog can be exuberantly and contagiously happy just to see its owner drive through the gate at the end of the day, and be given a slither of biltong (on the sly, so that the other people in the house won’t see).

In times of disaster, brought about by drought, or fire, or flood, or some other misfortune or sadness, a dog won’t be afraid, as we humans often are in the face of tragedy, to look you in the eye and just sit with you until you gather the strength to stand up again. And they make you play.

When we grow up, and get busy (trust me, all farmers are very busy people), we forget that we need to play, but a dog will always remind us.

Even the most useless guard dog offers its owners some solace, thanks to those keen little ears that can pick up any unusual sound long before its humans would be able to. And this is no small comfort on farms where people live with the constant worry of being surprised by intruders.

On just about any farm you may ever have the good fortune to visit, you are likely to find, somewhere at the edge of the garden, or under a particularly shady tree, a small gravesite where lie buried the good boys and girls who saved the children from snakebites, who woke up their owners when there was danger coming their way, who brought some brightness in a dry, dark year, who went along for a drive in the bakkie just to see how the crops were coming along, or who just lazily stretched out in the sun, enjoying the moment, and reminding you that the world is never completely broken. 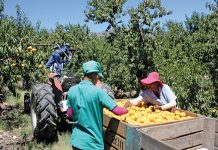 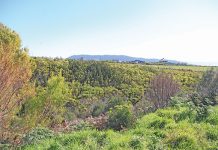 Living as we do is killing our world

High food prices could take the cheer out of festive season