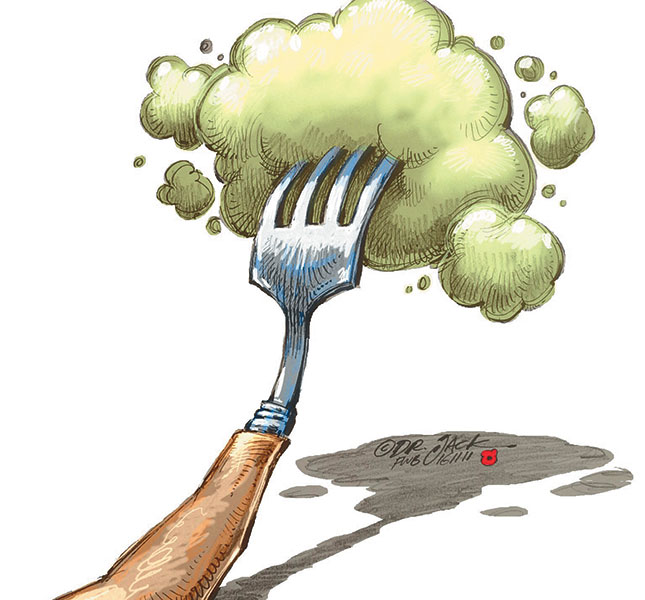 There is no doubt that climate change affects food security, according to the United Nations Food and Agriculture Organization’s (FAO) director-general, José Graziano da Silva.

And what climate change does, he says, is to bring back the same uncertainties that humans experienced as early hunter-gatherers, because they can no longer be sure of harvesting the crops they planted.

In ‘The State of Food and Agriculture 2016’, FAO warns that a ‘business as usual’ approach could put millions more people at risk of hunger than a future without climate change. Most affected would be populations in poor areas of sub-Saharan Africa and South and Southeast Asia, especially those who rely on agriculture for their livelihoods.

Overhauling farming and food systems will be complex due to the vast number of stakeholders involved, the multiplicity of farming and food processing systems, and differences in ecosystems. However, immediate efforts must begin in earnest as the adverse impact of climate change will only worsen with time.

The effects of climate change on agricultural production and livelihoods will vary across countries and regions. However, beyond 2030, the negative impact of climate change on the productivity of crops, livestock, fisheries and forestry will become increasingly severe in all regions.

Since the areas most affected would be those with already high rates of hunger and poverty, food price increases would directly affect millions of low-income people. Among the most vulnerable will be those who depend on agriculture for their livelihoods and incomes, particularly smallholder producers in developing countries.

While climate change is but one driver of poverty and food insecurity, its impacts are expected to be substantial. In the absence of climate change, and with continuing economic progress, it is projected that most regions will see a decline in the number of people at risk of hunger by 2050.

With climate change, however, the global population living in poverty could increase by between 35 million and 122 million by 2030, largely due to the negative impact on income in the agricultural sector.

Sub-Saharan Africa will experience the largest increase in the number of poor people, partly because its population is more reliant on agriculture. Therefore, success in transforming food and agriculture systems will largely depend on supporting smallholders in adapting to climate change.

Supporting smallholders
Developing countries are home to about half-a-billion smallholder farming families, producing food and other agricultural products in greatly varying agro-ecological and socio-economic conditions. Solutions have to be tailored to those conditions, but overall, significant improvements in food security, as well as resilience to climate change can be achieved by introducing sustainable agricultural practices.

Large-scale adoption of practices such as using nitrogen-efficient and heat-tolerant crop varieties, no-till farming and integrated soil fertility management would boost productivity and farmers’ incomes, and help lower food prices. By one estimate, the number of people at risk of undernourishment in developing countries by 2050 could be reduced by more than 120 million through widespread use of nitrogen-efficient crop varieties alone.

Despite this potential, the adoption of improved practices is still very limited. Often, adoption is hampered by policies, such as input subsidies that perpetuate unsustainable production practices, rather than those that promote resource-use efficiency, soil conservation and the reduction in the intensity of agriculture’s greenhouse gas emissions.

Smallholders face a broad range of barriers – including limited access to markets, credit, extension services, weather information, risk management tools, social protection and others – on the path to sustainable agriculture.

Championing diversification
It will be difficult, if not impossible, to eradicate global poverty and end hunger without building resilience to climate change in smallholder agriculture through the widespread adoption of sustainable land, water, fisheries and forestry management practices.

However, improved management practices may not be enough to sustain farmer income, and other solutions may have to be found. One way of further enhancing resilience is through diversification, which can reduce the impact of climate shocks on income and provide households with a broader range of options when managing future risks.

One form of diversification is integrating crop, livestock and plantation production. For example, some agroforestry systems feed the leaves of nitrogen-fixing leguminous trees to cattle, use manure to fertilise the soil, and grow pulses to provide extra protein during seasonal food insecurity.

Sustainable intensification and agricultural diversification may thus have to be combined, by creating off-farm opportunities, both locally and through strengthened rural-urban linkages.

Agriculture’s share of global emissions
Adapting to climate change will become more difficult over time if the farming sector does not act now to reduce emissions of greenhouse gases (GHG) responsible for global warming.

Emissions will have to be drastically reduced to keep climate change in check and prevent the global temperature from climbing higher than 1,5°C or 2°C above pre-industrial levels.

Agriculture, forestry and land-use change account for about one-fifth of global GHG emissions. The food system’s total global GHG emission share is even greater – further emissions are generated in the manufacture of agrochemicals, fossil fuel energy use in farm operations, and post-production transportation, processing and retailing.

However, according to estimates, the aggregate cost of adapting and making farming systems more resilient is only a fraction of the cost of inaction. Adaptation efforts make good economic sense and also have considerable potential to reduce agriculture, forestry and land-use change’s GHG emissions.

There are many examples of how adaptation and mitigation can go hand in hand. Improved crop production and fertiliser management offer the greatest potential to reduce nitrous oxide emissions, while also reducing input costs.

Transformative change in agriculture and food systems appears to be economically and technically feasible. However, change can come about only if supported by appropriate policies, institutional frameworks and investment finance mechanisms. These enabling factors are important for agricultural development in general, but are made even more necessary by climate change.

More climate finance is needed to fund developing countries’ actions on climate change. Internationally, public financing for climate change adaptation and mitigation is growing and, while still relatively small, can act as a catalyst to leverage larger flows of public and private investments.

Without action, agriculture will continue to be a major contributor to global greenhouse gas emissions. But, by adopting climate-smart practices and increasing the capacity of soils and forests to sequester carbon, emissions can be reduced while stepping up food production to feed the world’s growing population. – Staff reporter 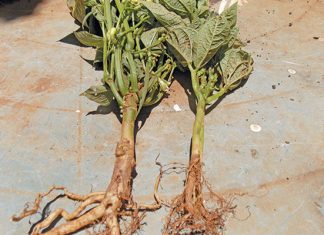 July 7, 2020
One pest that every bean farmer knows is the African bollworm. This tends to appear sporadically, rather than building up its population gradually.