Climate change alarmism is profoundly influencing policymakers. Yet some experts question the received wisdom on the issue, and worry that current policies can cause harm. Environmental specialist, Dr John Ledger, addressed the issue at the De Beers Diamond Route Conference.

We are bombarded daily with warnings about the disasters, triggered by global warming, soon to engulf the planet. Our children are growing up in an environment dominated by scare tactics, where they learn that carbon is a pollutant and that they must join the race to ‘decarbonise’ economies.

The rise of climate alarmism
Between 1910 and 1940 global temperatures rose by 0,4°C on average, a warming event that attracted little attention, occuring as it did during the time of two world wars. The late 1960s and early 1970s saw the opposite: widespread anxiety about global cooling and even the predicted arrival of another ice age.

In 1975 the New York Times ran a major story on the cooling of the planet, and the CIA saw falling temperatures as the greatest challenge that the US would face in the coming years. A second wave of climate alarmism began in 1980, gaining impetus with the formation of the Intergovernmental Panel on Climate Change (IPCC) in 1988. This coincided with the emergence of environmentalism as a new discipline, and advances in computer technology and communication.

In addition, the end of the Cold War in 1991 and apartheid in 1994 left many activists without a cause – and environmentalism provided a new outlet for their energies. Climate alarmism in particular has been a godsend for activists, lobbyists and NGOs that rely on influencing public sentiment for funding to support their organisations and presumably pay their salaries.

Politicians, ‘opportunity entrepreneurs’ and the media have also capitalised on global warming with its vast potential for fund-raising. Scare-mongering and promises to save the planet generate money from a fearful public eager to pledge funds.

Last year, US Secretary of State, John Kerry, said that global warming constituted the greatest threat to the planet, exceeding the dangers posed by terror groups. What is akin to a new religion has gripped the world for 25 years, and shows no signs of abating.

Back to first principles
Carbon, a solid element, occurs in various forms, from the softest graphite to the famously hard diamond. Carbon dioxide (CO2), with one carbon atom and two oxygen atoms, is essential for life on earth and is the building block of all plants. The notion that it is a pollutant that will kill us is one of the great misperceptions of our time.

The earth needs to reach a balance with its outer environment, so the energy coming in from the sun must be balanced by the energy leaving the earth. Greenhouse gases are atmospheric components that influence the speed at which the earth loses its infrared energy to outer space. Water vapour and clouds are the most important components.

If heat is restricted from escaping, the earth’s temperature must rise until the energy balance is again restored. The greenhouse effect results in a warming tendency in the lower atmosphere, to which the CO2 level is believed to have contributed 1%. Even with a doubling of current CO2 concentrations, less than 1°C of surface warming is expected.

Evidence indicates that we have an insensitive climate system and that the CO2 pumped into the atmosphere by humans is not enough to cause the warming we have seen over the past 100 years. It seems clear that a natural mechanism is involved, but what this is remains unknown.

Temperatures spiked at the beginning of 1998 because of the El Niño effect, known to cause flooding and drought in different parts of the world. A new El Niño effect, currently developing, has brought floods to drought-stricken California, while our part of the African subregion is once again facing drought. These are natural weather phenomena and have nothing to do with man’s burning of fossil fuels.

Models and observations
A spurious claim that temperatures in the interior of South Africa will rise by up to 6°C originates from scientists who build computer models to predict climate scenarios. There is now a growing divergence between modelled predictions and direct satellite observations. Since a satellite has no ability to manipulate information, these differences should be cause for concern.

In one of its five reports about man-induced fossil fuel-dominated climate change, the IPCC said: “We should realise that we are dealing with a coupled, non-linear, chaotic system and therefore long-term prediction of future climate states is not possible”. Despite this, predictions of long-term climate changes are made all the time.

In South Africa, we have recorded temperatures since 1884 (see end note) and they have indeed gone up. Both Bloemfontein’s and Kimberley’s temperatures have risen by 0,5°C and Cape Town’s temperature has increased by just under 0,5°C since 1860. Strangely, temperatures at Oliver Tambo International Airport have dropped by 0,5°C, despite the growing number of aircraft entering the airspace.

One problem with climate change graphs and statistics is that data is manipulated, homogenised and adjusted to conform to desired constructs. These constructs have become so complex that they defy even the most strenuous efforts to determine the relevance and scientific accuracy of the information presented.

Burning of biomass
There are two major gaps in CO2 accounting: carbon sequestration (the uptake of CO2 by plants) and the burning of biomass. Power stations, fossil fuels, motor car exhausts and so on are extensively dealt with, but very little is said about biomass burning.

Since 2009, the Japanese satellite, Ibuku, has been sniffing CO2 and methane emissions emanating from the planet. Ibuku’s preliminary investigations identified China as the greatest net emitter (after sequestration), followed by the US and then India. Astonishingly, the Democratic Republic of Congo is in fourth place.

This is because 180 000km of road have been built in that country to provide infrastructure to exploit the Congo basin forests. Zambia, another notable African emitter, is also continually engaged in deforesting and removing trees. By contrast, Argentina, Brazil and Australia are the top sequestering countries, taking up the greatest quantities of CO2.
In terms of net carbon emissions, Africa is second only to Asia by region.

Why would the emissions of a marginally industrialised continent be so high? It seems that the burning of biomass
is a major contributor to the world’s CO2. Mozambique and Angola, both countries with no industry to speak of, emit more CO2 (after sequestration) than South Africa. The former Portuguese colonies have come through protracted civil wars and both are clearing bush for agricultural development because their people depend on biomass for cooking and heating. Zambia joins them as another major biomass burner.

Forests, often called the lungs of the planet, are continuously cleared for expanding agriculture, necessary to satisfy the needs of a rapidly growing global population. As forests fall, habitats disappear, plant and animals species face extinction and resources are pressurised in an unprecedented manner. All are evidence of population pressure, yet we hear nothing about how to tackle the problems of global population growth.

The strange world of carbonomics
South Africa is 35th on the global list of CO2 emitters and responsible for around 1,2% of the world’s CO2 emissions after sequestration. We burn coal to generate 95% of our electricity, but we also have a vast CO2 sequestration system in the man-made forests of eastern Mpumalanga and the stable agricultural areas of KwaZulu-Natal and the Western Cape.

An aerial view of the Orange River en route to Upington shows an enormous man-made carbon capture system with kilometres of green vegetation sucking up CO2.

South Africa has a huge pool of young angry people unable to find work.To consider a carbon tax, despite our contributing as little as 1,2% to global carbon emissions, although 95% of our power comes from fossil fuel, is ludicrous and dangerous.

The cost of climate change research as well as international travel and meetings runs into billions of dollars. Recently, South Africa sent 80 government officials to Peru to attend a climate talkfest. Paris is next on the list, at the expense of the taxpayer.

Orangutans face extinction as their forest habitat is burnt to clear land for oil palm cultivation so that the EU can use biofuel to ‘reduce its carbon footprint’. How can this be combating climate change? – Nan Smith 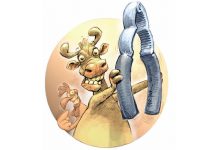 Megatrends in the global nut industry 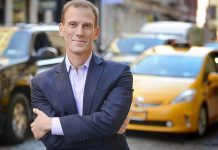 Is the world ready for gene editing of humans? 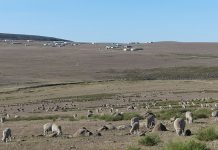