Government’s land reform policy will not rescue South Africa from its 36% unemployment rate, nor is it a true reflection of the real needs and wants of black emerging farmers. By John Kane-Berman of the Institute for Race Relations. 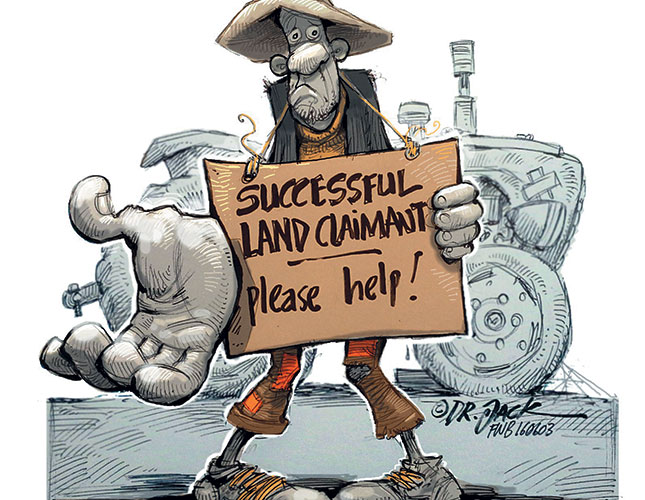 Talk to anyone involved in farming and the word “passion” soon crops up. Apart from having access to land, working capital and know-how, you won’t succeed in farming unless you are ‘passionate’ about it. This view is held not only by farmers across the board, but by the various organisations attempting to assist developing and emerging farmers.

Government, however, appears to be passionate about something quite different: the redistribution of land from white South Africans to black South Africans. This helps to explain many of the failures of land reform, among them the view that success is measured by the quantity of land redistributed, and not whether it remains in production or not.

Among the results have been neglect of rural infrastructure, failure to implement individual title on communal land, lack of adequate support for recipients of redistributed land, and large numbers of families trapped in rural poverty.

And, despite the fact that some of these policy errors have long since been admitted, government is presently empowering itself to accelerate redistribution. Apart from keeping land claims open until 2019, government has committed itself to more and more ambitious targets.

Although President Jacob Zuma has confessed to the fact that fewer than half of the smallholders established since 2009 are still farming, there is talk among some of his ministers to create up to 300 000 new smallholder schemes within the next few years.

In addition to establishing 44 new agri-parks to drive rural industrialisation, the Department of Agriculture, Forestry and Fisheries (DAFF) has told black farmers that it wants to change the ownership structure of agriculture, including tractor and fertiliser companies. Overambitious targets and grandiose plans such as these are unlikely to succeed; a far more pragmatic approach is required.

Shifting focus
Let’s begin with the fact that farming in South Africa is tougher than in many other countries. This is no doubt one of the reasons why demand among present or aspirant black farmers for land on which to farm is more limited than is often assumed. Opinion surveys have shown this, and various ministers have complained about it.

The implication is that the country is in the fortunate position where black farmers’ need for land can probably be satisfied by transferring title of land already owned by the state to individual owners.

What is needed is a shift in policy focus from land to farming. This would entail recognising that farming is a business requiring entrepreneurial skills, building on existing successes, and enlisting the help of white farmers rather than threatening them. It would also involve redistributing state-owned land in and outside the former homelands to individual black farmers.

The number of small-scale black farmers in these areas is difficult to quantify – with estimates ranging from 50 000 to 200 000 – but there are success stories amongst some of them. About a thousand were present at a conference of the African Farmers’ Association of South Africa that I attended in October 2015.

While ministers and senior officials who addressed the conference declared themselves ready to drive land reform, farmers were more concerned with repairing roads so they could get their produce to markets. While ministers and officials said that farmers should become part-owners of tractor and fertiliser companies, farmers were more interested in accessing electricity.

They also wanted to know why government failed to support black farmers who had bought farms themselves and had proved that they could farm, but struggled to graduate from subsistence to commercial. Instead of attempting to create an entirely new class of black farmers, government should assist these existing farmers.

Government could sell them some of the land in commercial farming areas that it already owns, with the purchase financed by the banks against secure title. Much of this land is lying fallow. Rather than spending R2 billion a year on agri-parks – which some have dismissed as white elephants – subsidies could be made available for such things as fencing and irrigation.

Obtaining title to the land
Without title, small-scale farmers have no hope. Some black farmers in commercial areas who lease land from government are hesitant to make improvements to their operations in case that land is taken away from them and given to people with political connections.

One of the greatest failures of land reform is that it has not occurred in communal areas in the former homelands. Here are large numbers of developing sugar and timber farmers, with smaller numbers involved in other products, including, for example, several dozen smallholder macadamia nut farmers in the former Venda homeland.

Some of these developing farmers depend heavily on the support of established companies or agricultural associations. Few have title to land.

According to a DAFF report, the former homelands contain “hundreds of thousands of hectares of underutilised land” that can be put into production, and various agricultural organisations concur. Some of this land is particularly good, with above-average rainfall. However, its occupants lack title; they are tenants of the state as represented by traditional leaders. Social grants rather than farming are their main source of income.

Bringing this communal land into full production necessitates, for a start, transferring title at a reasonable price to its present occupants. Those relying on social grants rather than farming could be bought out by people who truly want to farm. In these areas as well as in traditional commercial areas, consolidation into larger units is inevitable given the need for economies of scale.

Successful farmers in communal areas who wish to expand into commercial areas would do so by purchasing land on the open market against secure title.

Training and support
In the words of ANC Secretary-General Gwede Mantashe, “you can give land to as many farmers as you want, but if you don’t have support programmes, they will fail”.

Although government spending on agricultural extension programmes is high by international standards, extension services are way below what is required.

The obvious solution is to outsource this function, and this could be done if government issued vouchers to emerging farmers to enable them to purchase extension services in the form of technical, financial and managerial advice from private providers. The market would supply these far more quickly, and far more cheaply, than government.

In addition to individual farmers, private providers would include specialist firms, businesses, and non-profit and agricultural commodity organisations. These have the expertise, and many already supply such services. In fact, government itself is planning to register experienced black farmers to perform the role of mentorship and strategic partnership, which it now says it recognises as important.

Vouchers would enable this type of skills transfer to take place on a much larger scale, and could be financed in part by the training levies collected from larger farmers by SARS on behalf of AgriSeta.

Land reform is not a solution to rural poverty
Contrary to what government claims, accelerated land reform is more likely to exacerbate than alleviate poverty, inequality and unemployment. Agriculture is an important source of labour-intensive employment, which is why it should not be subject to further destabilisation, and why government should accelerate infrastructural development in rural areas.

However, South Africa’s major problem of unemployment, now running at almost nine million (36%), cannot be solved by the agricultural sector. The rural unemployed know this, which is why they are moving to urban areas. And this is where employment and land must be made available.

This necessitates policy reform across the economy, aimed at stimulating the investment required to push up the overall rate of economic growth. As for commercial agriculture, it should be left in peace to feed the nation.

* Kane-Berman is a former CEO and currently a policy fellow at the Institute of Race Relations (IRR). This article is based on his recent paper, ‘From Land to Farming: Bringing Land Reform Down to Earth’, published by the IRR.

This article was originally published in the 10 June 2016 issue of Farmer’s Weekly.