Home Tax & Management Managing for Profit Money does not motivate

I wish you a year of great success, where you reach new heights of managerial excellence and achievement.

By the way: how did you spend your Christmas bonus? Did you even get one? If you didn’t, I suppose you were quite upset – de-motivated, in fact.  If your bonus was less than expected, or less than it was last year, you probably said a few nasty things about the company to your wife and friends.

If you got the amount you expected, and perhaps a little more, I daresay you were quite chuffed for a few days. Until you found out a colleague got even more than you. Then you were probably angry. If you were paid twice as much as expected,
you would have been delighted and returned to work highly motivated.

What a pity that the day your boss came back from his holiday, he said you had been transferred to a smaller section than the one you currently manage. You protested in vain and all the goodwill and motivation you had felt from the generous bonus were wiped out.

The ritual of annual bonus payments, awarded to build loyalty and motivation among employees, often doesn’t work the way you’d expect, does it? It may even have the opposite effect! Amazing, isn’t it? You pay people something extra and it makes some of them unhappy! But it happens all the time.

What are the true motivators?

Money, on its own, does not motivate. In 1959, Frederick Herzberg demonstrated convincingly that the ‘true motivators’ are part of the job itself. These include being given autonomy, challenge, opportunity for personal growth and achieving success in your job.

Money and the conditions of service surrounding the job itself, such as leave, medical aid, housing and so on, Herzberg called ‘hygiene factors’. They never motivate; they only have the potential to dissatisfy and de-motivate. Herzberg concluded that an employee who feels fairly remunerated will remain employed and do the job to an acceptable level, but will never go the extra mile.

There are exceptions of course, but in my experience, Herzberg has been proved right time and again. If you do nothing else to improve your management style during 2014, incorporate this fact into your current practices.

Read: Business teams must have objectives

Being valued is more important

Bonuses are probably the most misused tool in the management toolbox. Money can be impersonal and cold, especially when employees want to be engaged, appreciated and feel part of a valued team. Applied correctly, however, bonuses can drive a team to excel. Handled poorly, they can be destructive.

There are only four situations in which the awarding of bonuses will benefit the company:

This article was originally published in the 10 January 2014 issue of Farmers Weekly.

Beware of the black swan 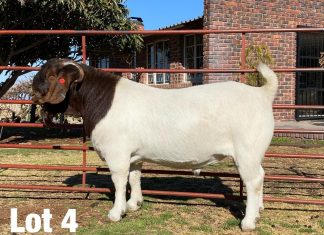 September 17, 2020
A Boer goat ram from the Lukas Burger Boer Goat Stud near Griekwastad has been sold for a record price of R375 000 during the stud’s 22nd production sale, which...