If nothing is done to increase water availability in the Vaal River water supply system – including clamping down on illegal water use by irrigation farmers – it will be the farmers themselves who first feel the pinch of a severe drought-like deficit.

The race is on to find enough water for the Vaal River system, which has to meet the needs of 60% of the national economy and serves 45%, or as much as 20 million, of the country’s people.

The area supplied by the Vaal system stretches far beyond the catchment boundaries of the Vaal River itself. It includes most of the country’s economic heartland – almost all of Gauteng – and stretches to include Eskom’s power stations and Sasol’s petrochemical plants on the Mpumalanga highveld.

It also incorporates the North West and Free State Goldfields around Klerksdorp and Welkom respectively, iron and manganese mines in Northern Cape, Kimberley and the smaller towns along the main course of the Vaal. Some 35% of the water in the system is used for irrigation farming, and it contains several large irrigation schemes.

The system will soon be extended to supply mining and power developments on the Waterberg coalfield, specifically Eskom’s new Medupi power plant and the Exxaro Grootgeluk mine. But the water supply, is not sustainable, and an Integrated Water Resource Planning (IWRP) study has produced a “reconciliation strategy” for the Vaal system.

The strategy seeks to reconcile future water requirements with the available resources over the next 20 to 30 years. Shortages in the system can be expected as soon as 2014 and will last until 2019, when the earliest possible delivery from phase two of the Lesotho Highlands Water Project will become available.

Nevertheless, before more water is brought into the system, the Department of Water and Environmental Affairs (DWA) is implementing a range of core strategies to meet these deficits.

These include water re-use and conservation, and eradicating illegal water use which, it’s claimed, amounts to a 244 million cubic metres a year – over 15% of total water use.

The DWA aims to stop 92% of unlawful water use among irrigation farmers in the Vaal system by 2012.

Mike Mokgwabone, DWA deputy director for water resource management, says anybody using water without authorisation will be brought to book.

This includes those who were allocated water under the previous Water Act of 1956 and were allowed to continue (with necessary conditions) when the Water Act of 1998 came into play.

Some 877 properties (affecting 587 property owners) in the Vaal system have been identified where some or all present water use is potentially unlawful, says Mokgwabone. In all of these cases the registered water use is for irrigation purposes.

It’s unclear how many farmers will ultimately be affected, as according to Mokgwabone, the DWA is currently engaging with the relevant waterusers, who will get the opportunity to make representations regarding potential unlawful usage.

He adds that water-use licensing is a separate process and therefore not applicable here. Nevertheless, says Rademeyer, the DWA won’t hesitate to instigate legal action against farmers who continue to use water illegally in the Vaal system.

Agri SA president Johannes Möller says Agri SA does not condone the illegal use of water, and is more than willing to work with the DWA to stop illegal water use.

However, he says the DWA must meet it halfway. Suggested initiatives include using the technologies the department has at its disposal to help Agri SA determine where illegal use is taking place.

Conservation
A second tier of the strategy is a 15% reduction in water use through water conservation and water demand management (WC/WDM) – in other words, reducing water losses and urban demand. Currently, the four largest water users – the Tshwane, Johannesburg, Ekurhuleni Metro and Emfuleni local municipality – are reporting on their WC/WDM efforts to a strategy steering committee.

The third tier of the strategy is a feasibility study of re-using water. The first priority is acid mine drainage (AMD).
Rademeyer says the re-use of AMD is key when looking for solutions to the 2014 water deficit, even though the price of the available technologies is still a barrier to implementation.

He adds that the first goal will be to purify the water to the point that it can be released back into rivers, but the long-term objective is to purify it to potable standards so that Rand Water can re-use it. This will increase the Vaal system’s yield, as less water will have to be released from the Vaal Dam to dilute pollutants in downstream systems.

Another tier of the strategy is to improve the Vaal system’s water quality by focusing on combating salinity, eutrophication, microbiological pollution and institutional challenges. Strategies are already in place to find water to meet immediate future needs, and supplies from Lesotho will help meet water demands after 2019.

Looking ahead
According to the reconciliation strategy, the Lesotho Highlands Water Project (LHWP) should provide sufficient water until 2035, when further augmentation will be required.

Options here include the Orange-Vaal transfer scheme, which will allow more water to be made available from the Polihali Dam (built as part of the LHWP’s phase two). However, because this dam is located in the Upper Orange, this will make less water available downstream.

Not all of the water can be piped to the Vaal system, though, as some has to be reserved for release to mitigate negative effects downstream.

If the Vaal system needs more water, the Boskraai Dam will be built near Bosberg on the Orange River, and expanded if more water needs to be transferred from the Polihali Dam.

Another option is the Thukela-Vaal transfer, for which planning has already begun. Dams will be built at Mielietuin on the Bushmans River and at Jana on the Thukela River, from which water will be piped and pumped up the Drakensberg escarpment to the head waters of the Vaal system.

As the system’s thirst increases, and the options for quenching it diminish, the potential solutions become more intricate and more expensive. Beyond 2050, says Rademeyer, South Africa will have to look towards the last untapped water source – the ocean.

Seawater would be desalinated and pumped to the necessary locations inland. Even though the technology to do this already exists, he says, the pipeline and pumping cost of conveying the water inland is very high.

The desalination of seawater is, however, seen as the ultimate fall-back option.

Implications for farmers
According to Rademeyer, if the core strategies (the re-use of water, WC/WDM and the eradication of illegal use) aren’t implemented, the consequences could be dire. And farmers will be the first to feel the pinch.

If good rain continues, water shortages will be masked for a while longer, but if illegal use continues, and water isn’t conserved and re-used, the result will be similar to a drought.

The DWA’s first strategy would then be to implement water restrictions measured against specific criteria, starting with users that get their water at the lowest assurance.

These include agricultural users and irrigation for domestic gardening purposes. If the water deficit continues, the restrictions would become more severe. 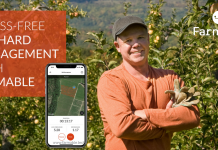