In addition, the Council for Scientific and Industrial Research (CSIR) anticipates that climate change will see annual rainfall in parts of the country decrease by up to 55mm by 2050. This is more than a quarter of the current average rainfall in some regions.

Farmers have little choice but to include a climate change response strategy in their long-term planning, says Dr Daan Louw of Optimal Agricultural Business Systems (OABS). But the good news is that switching to production management systems that will make farming more resilient to climate change is a ‘no-regret strategy’ because these practices will in any case be beneficial.

READ MORE: Climate change can work for you

Interestingly, current models suggest that some areas in the Western Cape will benefit from climate change, while farming in other areas is likely to suffer. For example, a traditional, high-potential wine grape-growing area such as Stellenbosch is predicted to become warmer and dryer, thus it might end up as only a medium-potential wine area. Meanwhile, places such as Grabouw and Villiersdorp could turn into high-potential wine-growing areas.

Some of the actions farmers should take to ensure the sustainability of their businesses include managing water use by using modern irrigation technology, looking after soils by implementing conservation agriculture practices such as minimum till, and planting cover crops.

Farmers should avoid establishing crops or orchards under the flood line along rivers.

“The work we did around climate change at the OABS really piqued our interest in soil health specifically, because it emerged strongly from the research that looking after soil health was one of the best adaptation strategies to improve water use and management,” says Daan.

He explains that healthy soil has a greater ability to retain soil moisture and promotes the development of healthier root systems better able to utilise moisture and nutrients in the soil.

READ MORE: What does climate change hold for SA?

By improving soil health through the use of compost, compost tea and mulching, as part of an integrated soil health system, farmers will become less reliant on chemical fertilisers.

This has the added benefit of making produce more appealing to supermarkets looking for ethical suppliers.

“As more consumers start demanding products grown under environmentally and socially-sound ethical standards, farmers will stand to benefit even more from implementing the type of production management changes that we suggest as part of a climate change response strategy,” says Daan.

* Extracted from ‘Preparing for the impact of climate change’ by Denene Erasmus (FW, 29 August 2014). 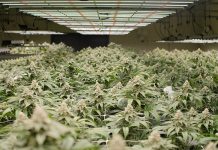 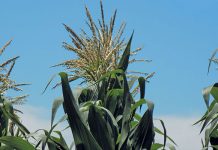 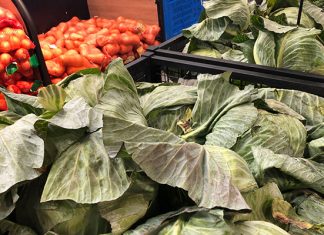 September 25, 2020
The higher margins made by retailers on fresh produce during the COVID-19 pandemic require an explanation, according to the ‘Essential Food Price Monitoring’ report by South Africa’s Competition Commission (CompCom).