Home Business Agribusiness Struggling to farm in a land of plenty

Eastern Cape’s Umnga flats was once a highly productive commercial farming area. But it slipped into decay in the early 1980s, when commercial farmers were relocated and the farms were leased to emerging farmers and incorporated into the former Transkei bantustan.

Mike Burgess visited the area to speak to local emerging farmers about why they’re struggling to achieve commercial success. “The white farmers didn’t want to leave because this is very good land,” says SK Makinana, chairperson of the Umnga Farmers Association, about the relocation of commercial farmers from Eastern Cape’s 11 000ha Umnga flats, near Ugie.

In the early 1980s, the first black farmers started leasing farms in the area from the Transkei bantustan, most of which were eventually bought from the new South African government in private deals in 2000 and 2001. But the prosperity experienced by the area’s commercial farmers prior to the 1980s isn’t shared by the new black farmers, who have been hamstrung from the start by a lack of access to credit and practical commercial know-how and the economically erosive force of rural crime, says SK.

Traffic cop, taxi owner struggle to farm
The Elangeni tar road overlooks a number of centre pivots on recently harvested maize lands, where hundreds of cattle and sheep are making the most of the crop residues. This land belongs to commercial farmers who escaped relocation in the 1980s. It shows what’s possible for the entire area.

But the Umnga flats lags far behind. Only a few farmers were lucky enough to be part of the haphazard, mostly late, maize planting that was funded by the now-failed state cropping initiative known as the Massive Food Production Programme. Most of the lands have returned to grass where cattle and a few goats and sheep graze – prime targets for thieves from bordering communal areas.

Nevertheless, production isn’t nonexistent on the flats. SK Makinana and three other flats farmers – Sizwe Nxenye, Monwabisi Ngqoshana and Mel Mfoxo – collectively own more than 1 250ha, of which nearly half is arable.

This year, about 80ha of maize was harvested in the Massive Food Production Programme, and another 30ha will be planted to potatoes. These four farmers collectively run over 400 cattle and about 840 sheep, but all admit they’re struggling to make a living.Sizwe obtained a farm bordering on the former Transkei through the Land Redistribution for Agricultural Development Programme.

He’s frustrated about not being able to unlock the productive potential of the land he now owns. “I won’t leave the place where I’m working now. I can’t come and sit here, because I’ll starve. I have a family to feed and support,” he says. “The state says it’s giving farms owned by white commercial farmers back to black people so they can farm, but what’s happening isn’t what the state said. You can’t just give me land and say, ‘farm’, because I’ve never farmed before.”

In fact, many farmers here had very little agricultural background, let alone commercial expertise, when they settled on the flats. SK was a traffic cop, while Monwabisi owned a taxi in the Transkei before settling here over 20 years ago. But they say the area’s lawlessness is the most serious obstacle to effective production.

Lawlessness on the flats
SK’s wife was murdered in his home on the flats, but not even murder could mobilise law enforcement on the flats. Years later, the farmers are still besieged. “We asked that a police post be set up. But the South African Police Service (SAPS) just left,” says SK. It seems the SAPS has lost the battle to crime here and literally packed up and left. Traces of its existence can still be found at the former Nikina SAPS station overlooking the flats on a piece of ground donated by Umnga farmers about five years ago.

But the only thing the former police station is useful for today is as a “harvesting point” for vandals looking for doors and bricks – a pathetic testimony to the police inefficiency in an area that today technically falls under the jurisdiction of the distant Tsolo and Ugie areas.“Stock theft is increasing all the time,” SK says.

“I have taken about 500 sheep away to Cedarville in KZN to escape the theft.”Small-stock farming has become almost impossible on the flats because large numbers of animals keep disappearing. SK has lost over 100 sheep in the past year, while fellow farmer Abner Potelwa lost 90 sheep in November and December of 2009 alone.

And it’s not just small stock. Mel lost 15 cattle to thieves on one occasion, almost a quarter of his herd.
What’s more, none of the farms have access to electricity, so you can’t protect a property with security lights or electric fencing. “It’s bad,” says Mel.

“We don’t sleep here at night.”Such losses just aren’t sustainable for these emerging farmers and it’s not surprising that many are considering selling their farms to commercial farmers or to timber giant PG Bison. Then there are the veld fires, often lit deliberately, says Sizwe. A fire recently tore through Sizwe’s farm. “My maize is burnt. I’m devastated,” he says, adding that he believes it to be arson.

Commercial skills and financial support
“The banks say we’re in quite a risky place and they’re not willing to take a chance on us,” explains Mel. “I’ve tried most banks but the only one that helped me was Uvimba Bank.”Uvimba Development Bank has been the exception, agrees SK.

But, like all banks, it’s extremely strict on repayments and accumulated interest. He says he learnt this the hard way. He and a group of flats farmers burnt their fingers after a wheat crop they planted with an Uvimba loan rotted on the lands. Heavy rains had stopped them from using combine harvesters.

“We asked the bank if they could write off the loan and give us another one. They said no. So we asked them to stop the interest because we had no production. But they said before another loan would be given, we had to wipe this one clean,” says SK. Since then, SK has tried to access loans from the bank on several occasions without success, which is why he calls on the state, especially the Eastern Cape Department of Agriculture and Rural Development, for infrastructural support to ensure, for example, the fencing of farms.

He also calls for the transfer of commercial skills, sourced by a more effective advisory service. “The problem with our extension officers is that they were trained on subsistence farming and not on commercial farming. If they could link the extension services to various commodity groups it would make sense,” he says.The little funding and knowledge that filters through to the Umnga flats farmers from the state just hasn’t been enough, he adds, stressing that he and many flats farmers bought their land privately.

“The state should focus on farmers who bought their own farms, as they often have more passion for farming. Government’s approaching it upside down. To me, purchasing land is sign of a commitment.”Investment should also be focused on a cluster of farmers – get them up and running, then assist others, he says. “That’s better than funding initiatives that are often spread too thinly to have a real impact.” 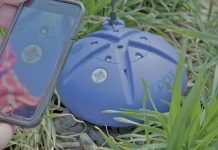