Newly elected president of the World Farmers’ Organisation, Dr Theo de Jager, is no novice when it comes to advocating on behalf of farmers at international level. He spoke to Alita van der Walt about the challenges that farmers face in Africa and elsewhere, and how he plans to address these.

African and South American members of the World Farmers’ Organisation were the biggest supporters of your candidacy. What do you think their expectations are of your presidency?
I was voted in as president because I had the support of the African constituency, and had come a long way with Latin American farmers’ organisations on their development agendas.

Despite having 11 votes at the WFO, the African agenda and that of the developing world is not well represented in its various working and discussion groups. I have a large responsibility to achieve better representation for Africa and the Global South at these discussions.

Africa’s farmers and their interests are often represented by NGOs and non-African entities. One of my aims as president of the WFO is therefore to create capacity in terms of representative farmer structures in Africa.

How will you go about creating capacity in Africa?
Capacity building is all about organisation, mobilisation, governance training and assistance with advocacy. This must be followed by exposure. Nothing empowers an organisation more than experience.

What are your objectives as president of the WFO?
There are far too many gaps in the WFO network. Vast areas of the world, such as Eastern Europe, West Africa and the Pacific Rim, have no or little representation. We need to recruit these national farmer organisations into the WFO.

The recent WFO General Assembly held in Helsinki, Finland, showed a number of shortcomings in the internal regulations and governance documents of the WFO that need to be cleaned up. The WFO’s inputs in global dialogues and policies need to be strengthened.

These include the trade debates at the World Trade Organization, the climate talks at the United Nations Framework Convention on Climate Change (UNFCCC), and the food security strategies at the Commission for Food Security in Rome. This will be my priority.

How do the rest of the world’s farmers view agriculture in Africa?
The rest of the world realises that about half the planet’s undeveloped potential lies in Africa. Agribusinesses see opportunities to do business in Africa, not only as a market for inputs, but as a supplier of agricultural commodities such as coffee, tea and cassava, which flourish on the continent.

The rest of the world sees Africa’s agriculture in a much more positive light than we do ourselves. Farmers in mainly west and central Africa often have a ‘poor peasant’ mentality.

They see themselves as dependent on development aid and are some of the poorest and most food-insecure people in the world. Their concern during discussions is often about obtaining financial support from rich countries, and not necessarily the optimisation of their farms as businesses.

But I’m encouraged by the new generation of young farmers in Africa. They want to commercialise, modernise and mechanise, and they are dreaming big.

If farmers are not represented around the table, they can easily end up ‘on the menu’. We’re trying to ensure an even playing field for farmers across the globe. But the sparks flew in Helsinki when European farmers felt that certain positions taken could suggest a cut in subsidies and protection mechanisms, which are vital for their profitability and sustainability.

Farmers in countries without protection mechanisms or subsidies are highly vulnerable to dumping and unfair competition from subsidised production systems.
Climate change is another major topic of concern for WFO members.

What role has the WFO played thus far in international climate change discussions?
No one is as exposed to the effects of climate change as the world’s farmers, and yet no other grouping can do more about it in a shorter space of time, or cheaper, than these farmers.

The WFO is therefore very actively involved in climate change negotiations. Agriculture wasn’t even mentioned in UNFCCC’s Kyoto Protocol adopted in Japan in 1997, but we fought to get agriculture included in the Paris Climate Agreement at the 2015 United Nations Climate Change Conference (COP 21). Now we’re at the stage where we need to look at the implementation of these agreements.

Instead of having the world tell farmers what we need to do regarding our carbon footprint, I want the WFO to present practical proposals at the next COP discussions. We need to tell the world what we can do to limit our impact on the environment, and what we’ll need to do so.

It’s my opinion the way to climate-smart agriculture is not only through the management of intensive agriculture in Europe and North America, but through mechanisation and modernisation of inefficient smallholder systems in the Global South.

How can small- and medium-scale farmers stay competitive in a global market in which smallholders are at the mercy of large retailers and food companies?
Economies of scale are gaining the upper hand over the traditional family farming unit. Smaller farming operations simply don’t have access to competitive technologies, or the same bargaining power as the mega or corporate farming operations.

Therefore, they have no choice but to accept the prices they’re offered. But by forming cooperatives, they can achieve the necessary economies of scale. However, a prerequisite for a well-functioning cooperative is good governance, and this has been something of an Achilles heel for many cooperatives in Africa, Asia and Latin America.

I’m confident, however, that we’ll see a strong development of cooperatives in the coming decade. This will be driven by mechanisation and technology. Farmers who don’t embrace new, more effective technology will fall by the wayside, and the only way most of these farmers will be able to afford this technology will be as part of a cooperative.

What is the impact of armed conflict and terror attacks in parts of Africa on agriculture?

Nothing dries up investment like uncertainty. Armed conflict and uncertainty about land rights scare investors away. Mozambique is a good example. Between 300 and 500 South African and Zimbabwean farmers invested in Mozambique between 2012 and 2016.

Most fled the country or halted developments when Renamo took up arms against the government. Only now, as things are quietening down, are they returning.

In large parts of Africa, such as the DRC, northern Nigeria and Libya, agriculture in its simplest form has come to a complete standstill due to terror attacks. 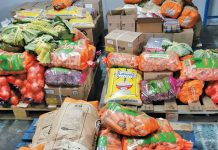