The company, Amadlelo Agri, would establish the dairy on land owned by the Reichenau Mission, near Underberg.
Keith Barrow, one of 70 commercial dairy farmers who comprise the Amadlelo Milk Producers Company that owns 49% of Amadlelo Agri, has been instrumental in bringing together the Mariannhill Diocese – under which Reichenau falls – with the 120 families in the Enhlanhleni community.

“The church used to lease the farm out,” said Barrow. “The lessee was a client of mine and I know the land has been under-utilised for a long time. We’ve been looking for projects in KZN, so it made sense. Negotiations have been taking place over the past two and a half years. We hope the first cows will be milked within the next two years.”

Environmental impact assessment processes are underway and the three stakeholders are meeting to discuss how to finance a R40 000 feasibility study. The capital expenditure estimate for the envisaged 1 100-cow dairy is R34 million.
The Amadlelo farmers network, together with Fort Hare University’s dairy training facility, hope to train 20 people for the project. Work on an essential dam on the Pholela River has already begun.

“People here are very excited,” said Baltasar Ntshiza, leader of the Nhlanhleni Community Property Association. “It’ll provide jobs in an area where most people are unemployed. There will be many sustainable skilled jobs, and unskilled work associated with the dairy’s development.”

Government support hasn’t materialised despite Amadlelo Agri’s many successes, which were recognised with awards for innovation and sustainability at the Impumelelo Awards Ceremony in Cape Town in May. “The local municipality has come on board, but it’s just moral support at the moment,” said Barrow. 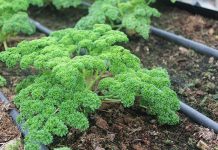 August 6, 2020
Pineapple producers in the northern KwaZulu-Natal region have expressed the hope that as the economies in overseas countries start to “open up” after the COVID-19 pandemic, exports will re-commence and...