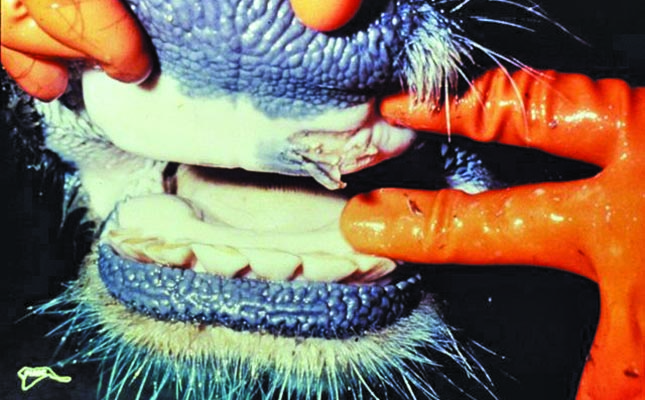 It has been estimated that the recent foot-and-mouth disease (FMD) outbreak in South Africa could cost the red meat value chain as much as R10 billion.

This was according to Johan van der Colff, chairperson of the Red Meat Producers’ Organisation in the Northern Cape, who was speaking at the organisation’s recent annual congress in Kimberley.

Van der Colff said it was estimated that the FMD outbreak in 2011 cost the industry about R6 billion, with unofficial estimates for the latest outbreak as high as R10 billion.

“The entire red meat value chain was affected, from producer all the way through,” he said.

He added that the outbreak not only affected fresh meat producers, but also the producers of wool, mohair and hide, and even niche industries along the value chain.

Van der Colff said the impact on the domestic meat market also had to be factored in when estimating the cost of the outbreak.

“The product was worth R50 and it dropped to R30; that is part of how we calculate the cost to the industry.”

Dr Frikkie Maré, head of the Department of Agricultural Economics at the University of the Free State, further quantified this cost, and said that the outbreak had had an impact on beef exports amounting to about 3 000t/month.

“That is 15 million steaks of 200g each that the domestic market had to absorb,” he said.

CEO of Beefmaster Holdings, Louw van Reenen, told delegates that when the outbreak was first reported in January, it resulted in significant economic losses for the company.

Stock of around R100 million that had already been packaged according to stringent specifications and was ready for shipping was affected.

He said it was estimated that the company’s feedlots had also been forced to slaughter ‘standing cattle’ at a loss of R1 300/animal at that stage.

However, Van Reenen said he was hopeful that South Africa would be successful with its application for a containment zone, which had been submitted to the World Organisation for Animal Health (OIE).

“If we have the containment zone classified with the OIE and we have our FMD-free status back, then we can start exporting to the larger, more lucrative markets and that will filter through to the farmer,” he said.

He added that if exports could fully resume, it would take the industry about a year to get back to December 2018 levels.