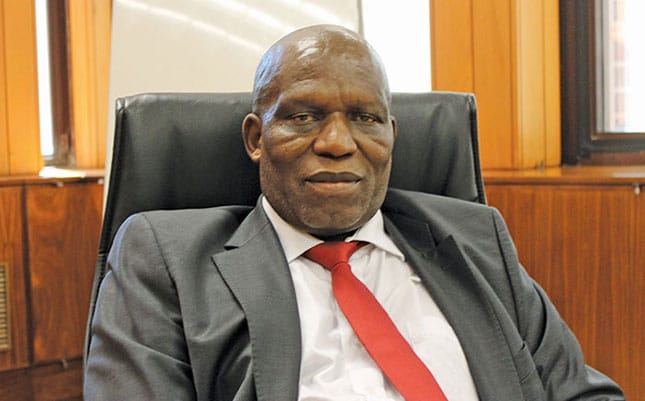 Every year, the DA presents a report card analysing government’s performance over the past 12 months. The report card is scored on a scale from “A” to “F”, with “A” the highest score and “F” the lowest.

In explaining the decision to give Zokwana an F,  DA Leader Mmusi Maimane, at a press conference in Parliament said that the minister and his department had not adequately managed or prepared for South Africa’s worst drought in history.

“The department had no plan or policy in place to deal with this challenge,” said Maimane.

Joining Zokwana with an F rating was Department of Labour Minister, Mildred Oliphant, who had not attended a single meeting of the Parliamentary Labour Portfolio Committee since her appointment in 2010, and Minister of Rural Development and Land Reform, Gugile Nkwinti.

None of the 37 government officials received an A rating, while 13 ministers received F/F- ratings, 10 received E/E- ratings and only two ministers were rated B (Minister of Science and Technology, Naledi Pandor and Minister of Finance, Pravin Gordhan).