The most important variable affecting plant growth is light exposure, and it is therefore important to measure the amount of light your plants receive. Prof Gert Venter explains how this is done. 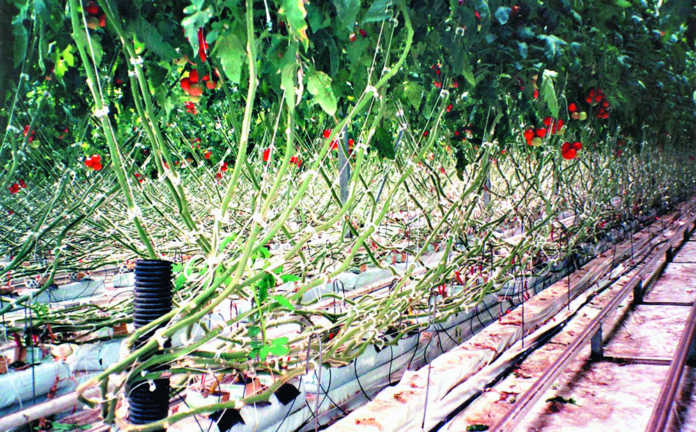 The most important concept to understand when growing plants is the rule of limiting factors, which determines plant quality.

Light is the most important variable influencing plant growth.

If plants do not receive enough light, they will not grow at their maximum rate or reach their maximum potential, regardless of how much of any other variable – water, growth medium or fertiliser – they receive.

Increasing light increases yield
Light is the driving force for photosynthesis, a plant process that changes sunlight into chemical energy.

During photosynthesis, water is split in a chemical reaction in which it is separated into oxygen and hydrogen, and carbon dioxide (CO2) is converted into sugar.

A general rule of thumb is that 1% more light will give you a similar percentage increase in plant growth, resulting in a 1% higher yield.

All plants require light and CO2 for photosynthesis. Adequate spacing between plants will ensure that each plant receives sufficient light in the greenhouse.

Tomato plants pruned to a single stem are spaced at 2,7 plants/ m2 to three plants/m2. Seedless cucumbers, with their larger leaves, require almost double this spacing. Hydroponic lettuce spacing varies from 2,5cm2 for first-stage seedlings to 15cm2 for final spacing.

Much work has been done on supplemental lighting to optimise plant growth, especially in countries with low light intensity and daylight hour limitations.

Sunlight is by far the cheapest option for SA growers; we have ample and should use it without shading as far as possible.

Ensuring enough light for plants
Daily light integral (DLI)
The DLI represents the total amount of light that your plants receive per day. You can compare it with rainfall precipitation, measured in mm/day, which depends on rainfall intensity (how hard it is raining) and duration (how long it rains for).

DLI also depends on the intensity of light radiation, as well as the duration (number of sunlight hours). This provides a direct indication of how much photosynthetic light your plants receive.

DLI adjustment could help to reduce the rooting time of cuttings and seedlings, and increase crop quality at reduced levels of energy.

Winter growing
Because there are fewer sunlight hours in winter than in summer, growers often heat their greenhouses during winter in their efforts to maintain summer yields.

This 49% reduction means that greenhouse heating efforts to maintain summer yields will be less effective than in Johannesburg, which shows a drop of only 9% during winter.

Another factor that comes into play is the lower inclination of the sun’s radiation. As a result of a shorter day, morning mist and cloudy skies, light intensity is lower in winter, causing a further reduction in the DLI and a corresponding decrease in plant growth.

This is why greenhouse vegetables, whether grown in soil or in a hydroponic system, will not do as well during winter, even with the best heating system on the market.

Photomorphogenesis
In addition to photosynthesis, there is another light aspect that determines the development of plants from seed to flowering.

This is known as photomorphogenesis. This relies on various photo pigments to sense and respond to light colours, which range from ultraviolet to near-infrared and include all the colours of the rainbow that we see as reflected light.

Photomorphogenesis influences the following aspects of plant growth, among others:

There is a vast difference between the human eye’s sensitivity to the different colours of the rainbow and that of plants.

Human eyes are most sensitive to colours in the yellowish-green zone of the colour spectrum, which is close to the region where plants show the worst reaction to green light.

Humans see reflected light, and the fact that most plants are green is an indication that plants reflect more of the green light radiation than the other colours in the light spectrum.

The photosynthetic reaction of plants is concentrated in the blue and red portions of the colour spectrum, including a proportion of ultraviolet (see graph).

Plants’ reactions to various colours of the light spectrum can be used to manipulate plants to satisfy different needs, including the following:

Ultraviolet radiation can be used to shorten the internodes (the part between two nodes on a stem where leaves emerge).

Blue light can be used to stimulate vegetative growth and prevent shorter-day plants from flowering during their propagation stages.

Red light can be used to induce flowering and lengthen the internodes to produce plants with longer stems and bigger flowers. Roses are an example.

Far-red radiation can be used to control the photoperiodism of plants.

The former are known as short-day plants and include chrysanthemums and strawberries.

The latter, known as long-day plants, include spinach and radishes. Day-neutral plants, such as tomatoes and cucumbers, are not affected by photoperiodism.

If you expose short-day plants to a brief period of light in the night, you can prevent flowering and bolting. Conversely, with long-day plants, the same exposure will promote flowering.

Floriculturists can therefore use supplemental artificial lighting to delay or advance the flowering of plants to meet market needs.

These techniques are based largely on trial and error, using different plant species and varying greenhouse operating conditions.