Luxurious and pricey, most of today’s bakkies are designed for well-heeled urbanites rather than farmers. How then do you pick an affordable, no-nonsense vehicle that can cope with the everyday demands of a farm?

Light commercial vehicles have been built alongside passenger cars almost from the start of the motor industry. Called bakkies in South Africa, pickups in the US and utes in Australia, they are ideal for farmers and small businesses, and until the 1980s remained basic workhorses without any frills.

In the last 25 years or so, this has changed, thanks largely to the introduction of double-cabs and 4×4 variants. The result is that these vehicles have expanded their appeal and now sell in huge numbers to city dwellers as replacements for family cars, or as second cars.

This broadening of the customer base has in turn led to the addition of luxury features, more comfortable suspensions, an increase in power output and less practical bodywork. Some of the latest models are as quiet and comfortable as a family car, but the extra weight, increase in cost and additional luxury fittings has made them less suitable for working on the farm. A glance at the list of new bakkies on the market shows that the luxury tarted-up models far outnumber the genuine workhorses.

Choosing a workhorse
The ideal bakkie should last for many years and be fairly easy to maintain and repair. The design should be uncomplicated and the components well-tested. The latter requirement implies that well-established models should be preferred over latecomers.

Too much emphasis should not be placed on claimed fuel consumption figures. Not only are most manufacturers’ claims highly optimistic, but over the life of the vehicle expensive servicing costs and component failure make a larger dent in a business’s transport budget than the cost of fuel does.

Engine design
Simple, uncomplicated engines are now few and far between. Modern engines use single- or twin-overhead camshafts, combined with variable valve timing, to improve efficiency and hence reduce fuel consumption. But overhead camshafts mean that it takes twice as long to remove and service a cylinder head than it does with a pushrod overhead valve engine, because the valve timing has to be disturbed. Moreover, the camshaft is often driven by a reinforced rubber belt that seldom lasts for more than 100 000km.

If you’re looking for a bakkie that has to work hard, consider buying one second-hand to keep the engine simple and reduce long-term maintenance costs.

Cubic capacity
For most uses, a 1,6-litre engine will do the job and a two-litre four-cylinder will be ideal. There is no need for six or more cylinders, although a larger capacity will be advantageous if you’re going to use the bakkie for towing.

Number of cylinders
Four-cylinder engines are obviously cheaper to overhaul than sixes or V-eights, and if you compare engines with the same capacity then a four-cylinder engine will have a larger bore than one with more cylinders. This is important because the bore diameter plays a role when overhaul time comes around. Research has shown that when two engines of similar design and built of similar materials run under the same conditions, the rate of cylinder bore wear in fractions of a millimetre per 100 hours will be the same for both, even if the bores differ greatly in diameter.

In practice, this means that if we compare two engines with bore diameters of 100mm and 200mm respectively that have run for the same length of time under the same conditions, they will have worn the same amount, say 0,3mm. If we express the wear as a percentage of the bore diameter we find that the wear for the 100mm diameter bore amounts to 0,3%, which is over the limit. The wear for the 200mm bore is only 0,15% and this will have no noticeable effect! The rule is: the bigger the bore, the more wear it can tolerate.

Petrol or diesel?
Diesel engines use about 20% less fuel than petrol engines for doing the same job, but the initial purchase price is higher and they often require more frequent servicing. Naturally aspirated diesels have a deserved reputation for lasting a long time but they have almost disappeared. Three models in the 70-series Toyota Land Cruiser range are the only such diesels still listed.

Naturally aspirated petrol engines may use more fuel, but they usually cope far better with infrequent oil changes or shoddy servicing. Such engines often last for 250 000km without needing serious attention, but the tide is turning against them. The downsizing of engine capacity that is now in full swing has resulted in many manufacturers offering only blown (supercharged or turbocharged) petrol engines.

Blown engines are a lot of fun to drive. These devices pump more air into the engine, making it possible to supply more fuel. This increases the torque output, but the extra complication means something else to go wrong. A few brands use superchargers (air pumps driven by the engine) but most employ turbochargers, which are powered by the engine’s exhaust gases. These often rotate at speeds of more than 200 000 r/min.

The impeller inside the exhaust manifold becomes red-hot, with the result that the cooling and lubrication of the turbo’s bearings becomes critical. This in turn means that regular servicing becomes far more important than in the case of a simple unblown engine. If you or your family intend driving the bakkie a turbocharged vehicle may be a good choice, but if it is to be driven by a farm worker, an unblown engine makes more sense.

Gearbox
A good traditional manual gearbox is still the best choice. It is fairly simple, and very little energy is wasted in transmitting torque to the wheels. But you may have to replace the clutch assembly every four or five years. Such a gearbox has the disadvantage that a bad driver may spend a lot of time lugging the engine (opening the throttle wide in a high gear at a low engine speed).

This causes harmful crankshaft vibrations, especially in diesel engines, that will damage the engine or transmission in the long run. Many cars and bakkies are now fitted with dual-mass flywheels in an effort to reduce the harmful effect of these vibrations. Avoid a bakkie with such a unit; it’s another complication that is known to fail on some makes of vehicle.

A good traditional automatic gearbox will last nearly as long as the engine, but it is less efficient than a manual gearbox, unless it is one of the new dual-clutch types that are essentially mechanical in operation. Any automatic gearbox is controlled to always be in the correct gear, so that it is an engine-saver. If the bakkie is due to be used by a farm worker, an automatic gearbox is a good choice. The jury is still out on constantly variable transmissions (CVTs) and I would not recommend one for a workhorse.

Wheels: it’s not just about looks
Many luxury bakkies are fitted with alloy wheels because buyers like their appearance, but they can easily be damaged by rough terrain or over-tightening. Steel wheels are much more practical and can take an amazing amount of damage.

Bodywork: simple may be better
Most one-tonners are constructed by bolting a body onto a separate chassis. This results in a small amount of flexibility that can be sensed when you’re driving on a bad road. I think it contributes towards reducing the harsh ride that accompanies a hard suspension.

Such a vehicle is easier to repair than the unit-construction found on practically all half-tonners. These vehicles are based on small family sedans where an all-welded construction is employed to reduce vehicle weight, but this means that most body panels are stress-bearing and may develop cracks if driven daily on really poor roads.

Load area
The load area should be free of obstructions, but on most bakkies the wheel wells intrude into this area. The only way to eliminate such a disadvantage is to raise the floor of the load area above the wheels, but this may be too high for comfortable loading. This design is nonetheless popular in Australia, and I’m surprised we don’t see it here more often.
There is much variation in the construction, strength, support chain, angle of rest and latch design of the tailgate. It will pay to compare the various solutions offered by different manufacturers.

Body fittings: be realistic
There was a time when the small front and rear lights were mounted out of harm’s way, but the modern idea seems to be that they should be the first to break if you misjudge the distance to another object. Take note of their design and placement when evaluating a possible purchase. Mounting hooks, roll-over bars, bumpers and other fittings are often designed to look good, but some of them are of little practical value.

Off-road ability
On many farms, a certain amount of off-road ability is essential. The first requirement is adequate ground clearance, and a good driver can usually manage with two-wheel drive, augmented by a diff-lock. Four-wheel-drive is better, but it adds extra complication, will increase fuel consumption, and may be noisy on the open road. It’s only worthwhile if you’re going to drive in that mode for a great deal of the time.

This article was originally published in the 31 July 2015 issue of Farmer’s Weekly. 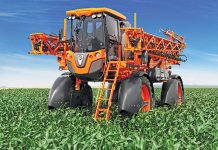 Bringing the latest innovations in precision agriculture to SA 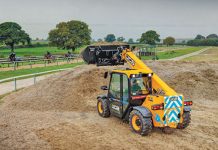