The only insurance against drought is a sound, scientifically based grazing management programme, coupled with a reasonable stocking rate even in times of plenty. So says Dr Mias van der Westhuizen, Free State rangeland specialist. Annelie Coleman spoke to him about the practical implications of good grazing management. 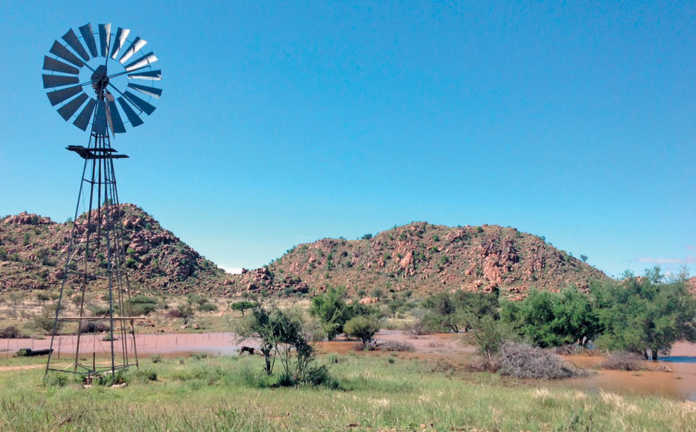 Rainfall is the main driver of a grazing ecosystem (the unit of area in which plant ecologies function) and determines productivity, according to Free State rangeland specialist, Dr Mias van der Westhuizen.

The main impact of the past four years’ drought has been a decline in veld production, which has caused a marked decline in grazing capacity.

The basics of grazing
A farm can be considered an ecosystem in which ecological interaction takes place between plants, animals and the environment.

Grazing ecosystems can be divided into three main components: inputs, energy flow and output. Plants produce energy from inputs such as sunlight energy, climate and soil. This plant energy is then made available to livestock in the form of grazing.

Plant growth obviously forms the core of the grazing ecosystem, as plants provide food for animals, protect the soil and are the main providers of the organic matter that has a direct impact on the physical and chemical fertility of the soil.

Losses caused by the degradation of the veld and erosion should be kept as low as possible to ensure maximum output in terms of animal production.

“Farmers, as managers of these ecosystems, should see to it that the veld remains in good condition to ensure that the maximum energy is made available to animals. Should
the veld be overgrazed, the energy demand from animals will exceed the energy supply from the veld, resulting in degradation and feed shortages,” Van der Westhuizen explains.

The devastating effect of the drought resulted in plants dying off.

“This meant a decline in the basalt cover of the veld. The tempo of grazing regeneration depends on rainfall, while veld management, stocking rates and the condition of the veld also have an impact,” he says.

Very few areas of the country were left unscathed by the drought, but the intensity varied between farms. The drought lasted for four years, and in some cases, five. North West, for example, has recorded lower-than-average rainfall for the past five years.

In the fourth quarter of 2016, parts of Olifantshoek, Hopetown, Petrusburg and Theunissen were still desperately dry. Veld production in these areas was lower than 5% of the long-term average in October last year.

The good news, according to Van der Westhuizen, is that drought damage to veld is not permanent. With good management, the situation can be turned around. Drought has always been part of the South African landscape and the vegetation has adapted accordingly.

“Management prior to a drought, as well as [when] the rain starts, are two of the most important factors that have an influence on the recuperation of the veld. The biodiversity in a grazing ecosystem usually results in the veld being resistant to drought, and depends on proper management,” he explains.

Poor grazing management, especially pertaining to veld already under stress before the start of drought, is one of the most important contributing factors to the devastation caused by the drought.

Stocking rates that exceed grazing capacity further add to the negative impact. During the recent drought, the problem was exacerbated by the fact that the drought was preceded by a relatively wet period, which prompted producers to systematically increase livestock numbers.

Producers then failed to reduce livestock numbers timeously, which caused a shortage of fodder flow. The rapid rotation of animals between camps after some rain fell added to the deterioration of grazing.

Scientific management
In an ideal world, producers should have followed a scientifically based grazing system before and during the drought, to ensure the long-term sustainability of the veld.

This means they should have managed the veld in such a way that there were enough reserves to sustain at least a core herd. A scientifically based system would also have functioned as an early warning system to alert producers that grazing was under pressure and that they should start reducing livestock numbers.

“In South Africa, we have such systems in place, and they were tested on a variety of veld conditions with many resultant success stories.

“I urge landowners in the regions where good rain was reported to immediately embark on a scientifically based grazing management system to ensure the long-term recuperation and sustainability of the grazing on their land. They must start planning now for the next drought period, which will invariably come,” Van der Westhuizen warns.

These factors make veld highly sensitive to further drought conditions, while the danger of soil erosion is also intensified. On the positive side, the organic matter in the soil is being boosted by plant and root mortality.

This increase in organic matter in the soil adds significantly to soil fertility, enhancing regrowth after a drought. Grazing needs to be managed very carefully, right from the first rainfall.

The minimum number of camps on a farm should be grazed for the first three weeks and producers should, if possible, continue feeding livestock. The only alternative is to “sacrifice” a few camps directly after the rain, but it is vital that such camps be rested for at least one full season afterwards.

Wetland camps, or camps with deep soils, should ideally be used directly after the rain.

Farmers would be well advised to return to a system of effective grazing utilisation and sufficient rest periods after three weeks.

On sourveld, it is advisable that camps grazed in November and December of the previous year be rested until autumn and then grazed only lightly.

Van der Westhuizen implores all landowners and livestock producers to ensure that good care is taken of all grazing on their land so that it remains in good condition.

The condition of the veld constitutes the biggest risk for a livestock farming business.

The sooner livestock and game farmers in South Africa adapt to the country’s extreme rainfall variations, the more sustainable their businesses will become, he says.